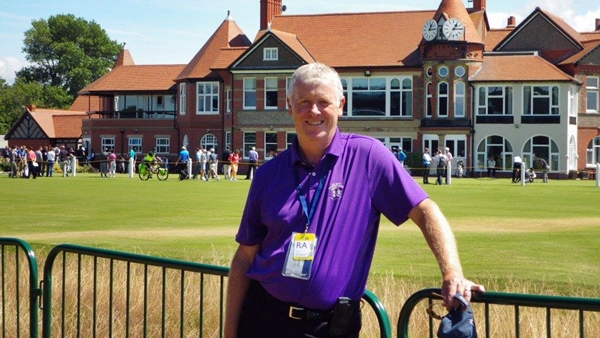 Ever seen the keeper of a treasured trophy, let’s say the Stanley Cup, for example, handle that icon? White gloves, measured steps, polishing… all while moving it from place to place, exposing it to more and more admirers.

Picture Doug Alexander in that figurative role during his tenure in 2014 as the 111th president of Golf Canada.

“My priority was to move Golf Canada’s plan forward during my year as president, not to put my fingerprints all over it,” said Alexander as he prepared to make way for his successor, Paul McLean of King Township, Ont., at Golf Canada’s annual general meeting in February. “It wasn’t about Doug Alexander’s game plan. It was about what was best for the organization, furthering Golf Canada’s vision to ensure the vitality and sustainability of golf.”

Talk to some who have held similar top positions in other organizations, and you get “picture postcard” memories: where they’ve been, who they’ve met, what they’ve seen. And while Alexander has his share of those, they are less “postcards from abroad” than potential building blocks for the game in this country.

Even though he was fortunate that several championships—the Canadian Pacific Women’s Open, the PGA TOUR Canada Tour Championship, the Canadian Women’s Amateur and the PGA Women’s Championship of Canada—were all held in his hometown of London, Ont., he still was on the road for many weeks. Call them working vacations, with the emphasis on “working.”

“Highlights have to include going to all the national amateur events and The Masters and the Open Championship and, certainly, the World Amateur in Japan,”

Alexander recalls, “but [Golf Canada CEO] Scott Simmons and I made an effort to use them as great opportunities to meet with our counterparts from the provinces and from all over the world—the U.S., Scotland, Ireland, England, South Africa, New Zealand, Australia, and others. So we really learned a lot about what these countries were doing, sharing initiatives and best practices.

“But we were also happy to discover that they were just as interested in what we do here and I now have a greater appreciation of what we are accomplishing here in Canada to improve participation and performance. We have a very good framework here and now we have to strengthen the linkages among all concerned to move the game forward.”

Alexander comes by his abiding passion for golf naturally. His earliest memories are of playing as a young lad in his native Scotland. “I played with my grandmother as often as I could and with some people who are still my closest friends today,” he said as he accepted the presidency in 2014. “I would go out and play nine holes in the evening with my mum and dad. Fifty-plus years later, I still view golf as a game that at its heart and soul is about camaraderie and friendship.”

You can hear echoes of those childhood rounds in Alexander’s Scottish accent. Even more clearly, you understand how much he cherishes the friendships and connections he has made through golf, as an outstanding player and volunteer over many years, not only as president of Golf Canada.

“It was such a pleasure to meet [outstanding players such as] the Brooke Hendersons, the Corey Conners, the Taylor Pendriths, and to realize the quality of those young people, not just as athletes but as well-rounded people. For example, at the World Amateur, many people came up to me and said, ‘These are really nice kids. You should be very proud.’ And I was, as our whole country should be.”

During his tenure, Alexander remained very cognizant not only of his role as an ambassador for the game both within Canada and around the world, but as the president of a national sports organization for a game that is undeniably facing challenges not just here at home, but worldwide.

Repeatedly, he advocated making golf courses more playable, enjoyable and affordable, as well as imploring the industry to be more welcoming to families and youngsters. He understands this requires a massive initiative involving all stakeholders in the sport, from the ground up, literally.

“This is not something that is accomplished in a year. As an example, I love what we are trying to do with National Golf in Schools, but we need good linkages. How do we get the professionals and the clubs to create a pathway for those kids to follow their interest in golf, to get them and their families on the green grass?

“We’ve been building that program and others over the years and now we are reaching a critical mass where we have to work with all our partners to move the game to the next stage.”

When Doug Alexander accepted the presidency of Golf Canada, he vowed to be “a vocal advocate for the sport.” There is no doubt he has been one since those early rounds in Scotland, not just during his 12 months as president, and will continue to be one for many years to come.