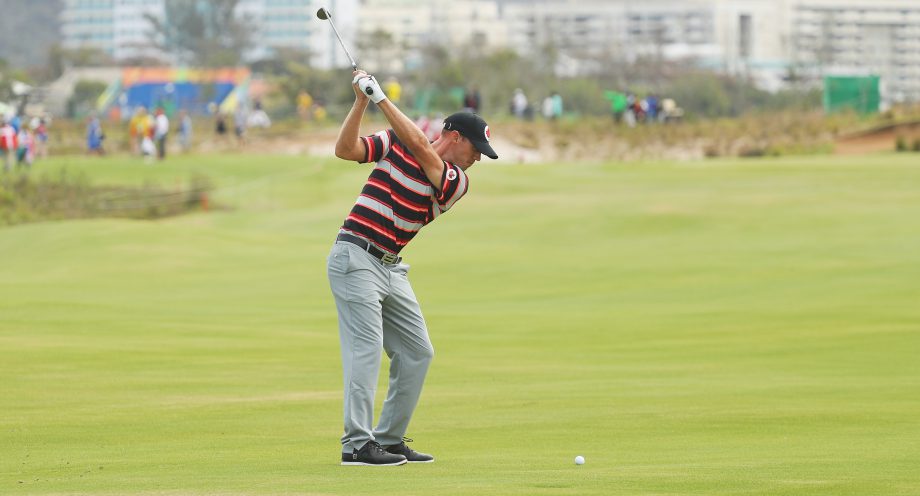 Rio de Janeiro, Brazil – Australian Marcus Fraser gazed down on a formidable league of nations who ganged up behind him as the first Olympic Games golf competition for 112 years promised to turn into an epic medal shoot-out in Rio de Janeiro this weekend.

Fraser, the first round leader after an opening 63, followed that up with a solid two-under-par 69 to lead the 60-strong field at 10-under.

Now the man from Melbourne can expect a strong challenge from a slew of players, including Canada’s Graham DeLaet, who is poised to make his move over the final 36-holes which will see the gold, silver and bronze decided at Reserva da Marapendi Golf Course on Sunday afternoon.

DeLaet, from Weyburn, Sask., shot an even-par 71 in the second round and is tied for sixth, five shots behind the leader at -5. DeLaet shares 6th with Spaniard Rafa Cabrera Bello, Argentina’s Fabian Gomez and New Zealand’s Danny Lee.

Fraser’s accomplished performance earned him a slender margin over emerging Belgian star Thomas Pieters, whose 66 lifted him to 9-under-par, one in front of Stenson, who added a 68 to his opening 66.

England’s Justin Rose and Frenchman Gregory Bourdy have a share of 4th at 6-under.