DeLaet continues to give back… On and off the course 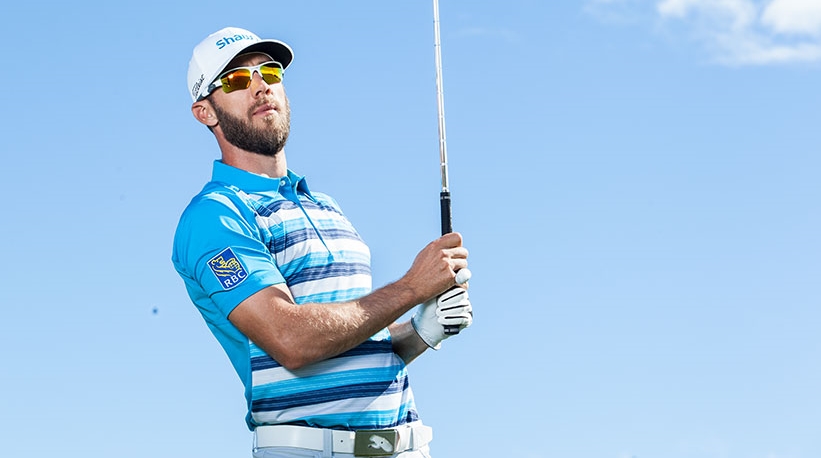 If you need to know anything about Graham DeLaet and his generosity, look no further than one of his latest tweets.

DeLaet was in Chicago looking to attend game three of the Stanley Cup final with a friend of his from Saskatchewan. His friend couldn’t make it because of flight times, so while DeLaet was picking up his ticket, he saw a stranger with a sign saying, “I need 1 ticket. Get Stanley Cup finals off my bucket list.”

DeLaet invited “Lars” – the gentleman’s name, according to Twitter – to enjoy the game with him. Free of charge.

“I was able to make a guy’s year,” DeLaet said. “He wanted to pay me for the ticket, I said ‘No,’ he could just come as my buddy for the night.”

That kind-hearted nature makes it no surprise the native of Weyburn, Sask. was announced Tuesday as an ambassador for Golf Canada’s successful Golf in Schools program.

The top-ranked Canadian in the Official World Golf Ranking, DeLaet will appear in Golf in Schools promotional materials, and, as part of his relationship with the program, he will raise money through the foundation he and his wife started – the Graham and Ruby DeLaet Foundation – to adopt schools into the program in communities across the country.

“It’s something that makes total sense for Ruby and I,” he explained. “It’s not even about getting more players to the PGA Tour, it’s about getting the participation numbers up. I never had the opportunity to pick up a golf club in school, so I think that’s pretty cool.”

Launched in 2009, the program is conducted by Golf Canada in concert with the PGA of Canada and the provincial golf associations. Physical Health and Education Canada also endorses it.

“From our standpoint it’s a fantastic addition to what is already perceived as a great program,” said Golf Canada Chief Sport Officer Jeff Thompson. “Having someone like Graham on board, who is a hero in our sport, will do a lot to inspire children to pick up a golf club and get engaged in the game.”

The program is in more than 2,700 schools across Canada, and approximately 306,000 students are participating.

For DeLaet, he explained it was his parents who introduced him to golf at age three. He was inspired by athletes as well, and is excited to help give youngsters a comparable opportunity.

“If I was a kid and we were playing hockey in school and an NHLer came in, we’d ramp it up a little bit,” he explained. “Being around it (the program) rather than just putting my and Ruby’s name on it was important to us.”

The Graham and Ruby DeLaet Foundation began in September 2014. Focused on improving health and wellness of children, and supporting the development of junior golfers, DeLaet said giving back was just common sense.

The foundation that now bares his name is an extension of his and Ruby’s previous charitable efforts. Those efforts raised money for both Golf Saskatchewan and the Weyburn & District Hospital Foundation. In 2014, DeLaet hosted the inaugural ‘Graham Slam’ which raised approximately $380,000 towards the creation of the new Children’s Hospital of Saskatchewan.

“I look at where I am in life and I wouldn’t be here without golf and all the people who helped me along the way,” he stated.

Despite DeLaet not having his best season on the course – he admitted 2014-15 has been “injury-riddled” and he’s been frustrated his body – he’s gained some confidence over the last three weeks, and will take the next two weeks off before a busy stretch of golf this summer.

Off the course, DeLaet continues to show his charitable side, no matter if it’s at the Stanley Cup finals or with young golfers across the country.

So why did he think giving back to Golf in Schools was important? Because golf is, according to the 33-year-old, “the greatest game in the world.”

“It teaches kids so many good values – honesty, integrity (and) sportsmanship,” he continued. “The more kids we can get playing golf, the better.”