DeLaet getting ready for busy summer leading up to Rio 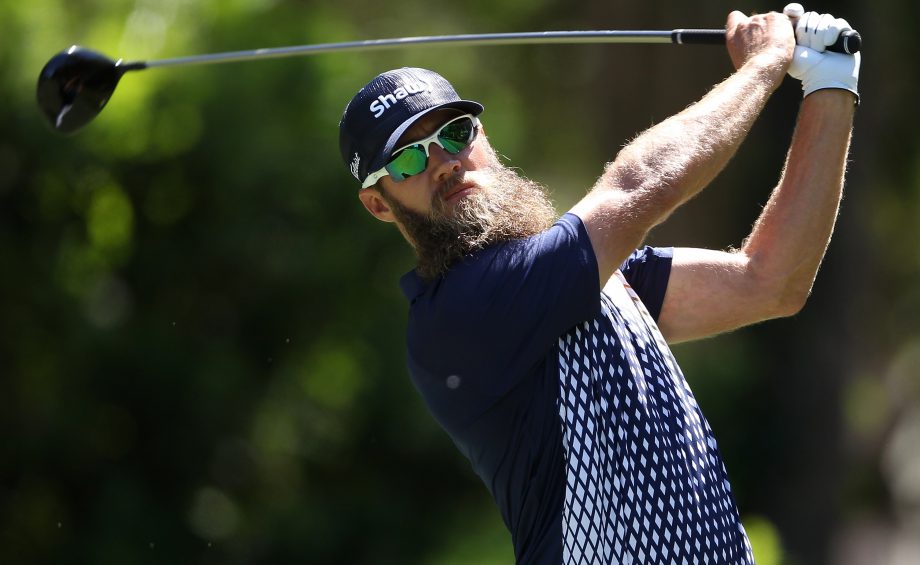 Graham DeLaet’s beard care routine is nearly as precise as his pre-shot routine these days, as the 34-year-old golfer’s facial hair has quickly become the talk of the PGA Tour.

“I trim it every day pretty much,” said DeLaet from his home in Arizona. “I shampoo and condition, and I have oils and leave-in conditioner.”

Although the golf course isn’t exactly ideal conditions for DeLaet’s bristly beard – “It gets blown around a lot,” he said – there’s no chance he’s getting rid of it any time soon.

That could make Canada’s highest-ranked male golfer one of the more recognizable athletes at the upcoming Rio Olympics. DeLaet is in the midst of a two-week break before he gets ready for a “hectic” summer that includes a likely appearance representing Canada in Rio, where golf makes its Olympic return for the first time since 1904.

Although a handful of the world’s top golfers including major champions Adam Scott from Australia, Vijay Singh from Fiji, and Louis Oosthuizen and Charl Schwartzel from South Africa have withdrawn their names from Olympic consideration, DeLaet said he would welcome the opportunity.

“All these guys are getting a lot of heat in the media, but when it comes down to it, they’re grown men and can make their own decisions,” he said. “I don’t really understand it, because I think it would be an absolute thrill to play for your country. For me, it’s something I’m really looking forward to and hopefully have the opportunity to do.”

DeLaet currently sits 119th in the official world golf ranking, 23 spots ahead of David Hearn. That pair will likely represent Canada in Rio, but the final standings aren’t confirmed until July 11.

DeLaet has earned just over US$756,000 in 13 events this year on the PGA Tour. His best finish was a tie for fifth in March at the Valspar Championship, when he entered the final round just one shot back of the lead.

A balky putter ended up being DeLaet’s demise.

“I played great but putted horribly, especially on Sunday. You can’t win golf tournaments like that,” said DeLaet. “But as poorly as I putted, I still finished fifth in the tournament. That spoke to how well I played otherwise.”

DeLaet said he recently took a putting lesson from celebrated golf instructor and analyst Peter Kostis at his home club in Arizona. But he said caddy Julien Trudeau (a “very very distant relative” to Prime Minister Justin Trudeau, according to DeLaet) has been the go-to guy for his short game.

“He makes sure my lines are right and my hands are in the right positions. I had gotten a little sloppy with my set-up,” he said. “I got back to basics and squared everything up, and the roll coming off the putter has been a lot better.”

DeLaet will be in the field next week at the Wells Fargo Championship in North Carolina before heading to The Players Championship in Florida and the AT&T Byron Nelson in Texas.

With so many tournaments in a row, DeLaet said the key is to stay mentally sharp.

“Physically I’ve been feeling really good this year, probably the best I have been while on the PGA Tour,” he said. “I’ve been able to practise more than I have been in the past. It’s more on the mental side that I need to stay ready.”

Although his life has changed dramatically after he and wife Ruby welcome twins Roscoe and Lyla in November, he said things have been “really fun” during his break.

“It’s a little extra work after golf, but it’s definitely better than being alone in the hotel room and having to FaceTime them,” he stated.

“They tug on (it) every once and a while, but it actually hurts more when they tug on my chest hair versus the beard,” said DeLaet with a laugh. “With the beard they usually just grab a big chunk and pull.