DeLaet sits 2-shots off the lead at Houston Open 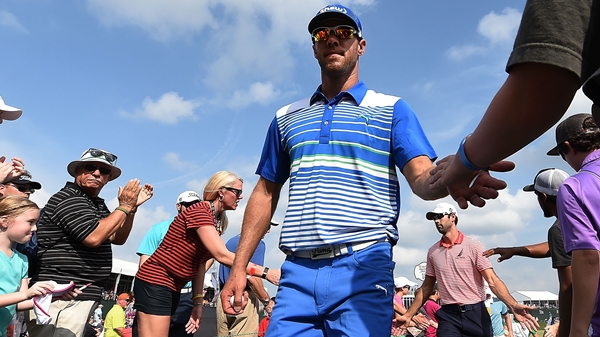 HOUSTON – Andrew Putnam made a late charge to pass three-time Masters champion Phil Mickelson and take a one-shot lead after two rounds of the Houston Open.

The 26-year-old Putman, who made his PGA Tour debut here a year ago, birdied six of his final nine holes on the Golf Course of Houston’s front side for a 7-under 65. That matched the lowest score of the day and put him at 12-under 132.

However, he hardly saw it coming.

“I haven’t been playing good or scoring well,” Putnam admitted. “Both have been bad. But (I’m) doing both well this week.”

Mickelson, who won the even in 2011, shot 67 for a share of second place at 133. Another late finisher, qualifier Austin Cook, matched Putnam with a 65 to tie Mickelson.

“It was unbelieavable,” said Cook, who played the final nine holes at 5 under and birdied the last one. “It was great. I’m really, really comfortable with my swing and my game right now and it’s kind of showing.”

DeLaet needs a win this week in order to join fellow Canadians Mike Weir and amateur Corey Conners at next week’s Masters.

Six players are in the next group another shot back, including 21-year-old Justin Spieth – who came in at a career-best No. 4 in the World Golf Rankings. Spieth, who had a win and a second place in his two previous starts, shot a 66.

Past Canadian Open champion Scott Piercy, who had a two-shot lead after a tournament course record-tying 63 in the first round, had a 74.

“I just blocked it a little bit, not a very good swing,” he said. “I certainly let that one get away. But I’ve driven it very well this week . . . hit a lot of fairways. My short game has been sharp, too. I’ve hit some good pitches. The putter feels a lot better, but it’s felt better for a while. I’m excited about this weekend. It’s going to be a shootout.”

Weather conditions were perfect for scoring low and the cut would be 4-under.

“It’s a fun tournament and it’s fun to have put myself in a (good) position to have a chance,” Mickelson said. “That’s an important thing for me heading into next week, to get into contention, to feel the pressure. Because the pressure that you feel trying to win the Masters is greater than just about anything we have.”