DeLaet tied for 9th through 18 at Phoenix Open 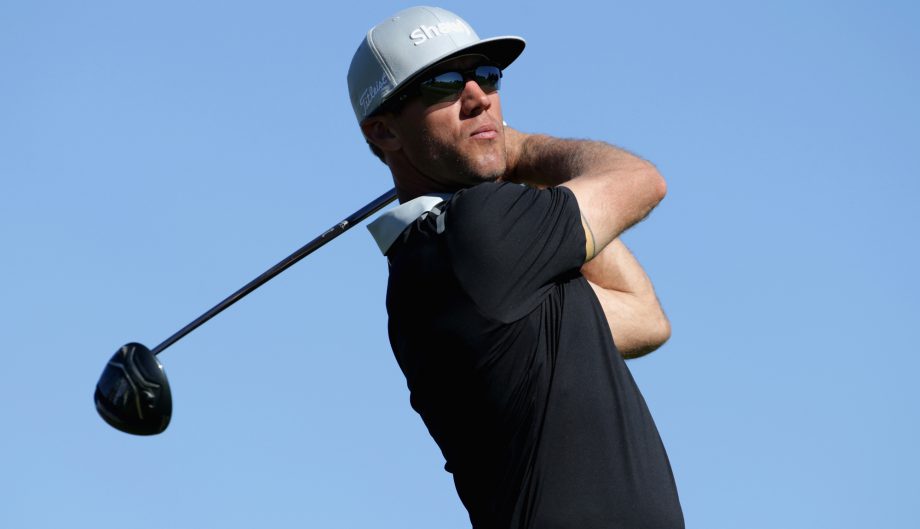 SCOTTSDALE, Ariz. – Matt Kuchar hardly looked like a guy coming off a seven-week break Thursday in the first round of the Waste Management Phoenix Open.

Kuchar eagled the par-5 13th and added two late birdies and a big par save on the rowdy par-3 16th hole in an opening 7-under 64 at TPC Scottsdale.

“It was so nice to be home,” Kuchar said. “Our kids got to play basketball. This is basketball season back home. I have always been travelling out west, so it was fun for me to be home, be dad, go to basketball games and practices. But we had such good weather, I got good practice in. My boys are now 7 and 9 and they’re into golf, as well. In the afternoons, we’d sneak out and play a few holes. Wasn’t too rusty.”

Playing in perfect afternoon conditions in front of a crowd estimated at 103,420, Kuchar took a one-stroke lead over defending champion Hideki Matsuyama and Brendan Steele.

“Someone told me it was 5 million,” Kuchar joked about the crowd. “So many people out here. It’s a good buzz. It’s a good vibe.”

“Chased a 3-wood up on the corner of the green, and it was a pretty straightforward 25-footer,” Kuchar said. “That was a lucky place to be on that hole. Some of these pins were hard to get at. That was one that was hard to get at.”

The seven-time PGA Tour winner ran in a 6-footer for birdie on the par-5 15th. He got up-and-down for par from the left bunker on the triple-deck stadium 16th, making a 12-foot putt, and chipped to inches from the front fringe on the short par-4 17th to set up his final birdie in the bogey-free round.

“I got some great work in this week with my instructor, Chris O’Connell, and it showed off with some great hitting out there,” Kuchar said.

Matsuyama had a bogey-free round in the morning. Last year, he beat Rickie Fowler in a playoff.

“I wish I knew why I play well here,” Matsuyama said through a translator. “I did hit the ball very well today, hit a lot of greens, a lot of good shots.”

“We were trying to land it about 10 yards short,” said Steele, the Safeway Open winner in October to start the season. “Little outside right, and I pulled it just a touch. It landed about a yard left and about 4 yards short and went in the hole.”

“I was very patient,” said Peterson, the 2011 NCAA individual champion at LSU. “Usually, I’m not a very patient person, but this morning I was first off and I had great greens on the first nine holes.”

Fowler, 2015 winner Brooks Koepka, two-time champion J.B. Holmes, Steve Stricker, Martin Laird, Webb Simpson, Graham DeLaet and Alex Cejka were at 67. Stricker is making his first start of the year. He will be 50 on Feb. 23.

Sung Kang also was 4 under on the final hole when play was suspended because of darkness.

Fowler made a 16-foot par save on the par-4 11th – his second hole of day – after driving into the water.

“To par the first three holes was nice. I could have easily been 3 over,” Fowler said.

He was three strokes better than playing partners Jordan Spieth and John Rahm, the former Arizona State player who won Sunday at Torrey Pines for his first PGA Tour victory.

Spieth also saved par on 11 after hitting into the water, rolling in a downhill 50-footer. He struggled to find the fairways, and had a three-putt bogey on the par-4 17th – missing from 1 1/2 feet.

Phil Mickelson opened with a 68 in his third straight start in his return from two sports hernia surgeries to top playing partners Justin Thomas and Adam Hadwin, the latest players to shoot 59.

The 46-year-old Mickelson parred the final nine holes after birdieing Nos. 8 and 9 to get to 3 under.

“I’ll take 3 under,” Mickelson said. “I’ve got to get it a little bit better off the tee tomorrow. My iron play has been pretty good, so I should be able to make some birdies if I get the ball in play.”

Thomas has won three of his last five PGA Tour starts, successfully defending his title in Malaysia in October and sweeping the Hawaii events last month – shooting the 59 in the first round of his Sony Open victory. He’s trying to become the first to win three straight PGA Tour events since Rory McIlroy in 2014.