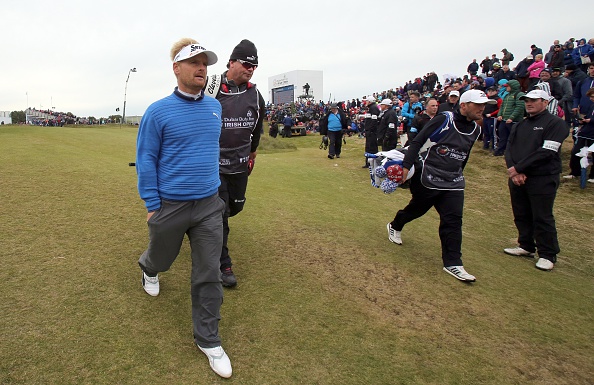 NEWCASTLE, Northern Ireland – Soren Kjeldsen of Denmark shot a 4-under 67 to take a two-stroke lead Saturday in the third round of the Irish Open.

The 40-year-old Kjeldsen used superior putting to break free of a six-way tie as gusting winds at Royal County Down sabotaged many players’ short games.

He rolled a long eagle attempt on the 12th to within 18 inches, settling for his fifth birdie. On the next hole, his curling 30-yard putt for a sixth birdie left Kjeldsen punching the air in jubilation.

But Kjeldsen, ranked 303rd, bogeyed the final two holes to reduce his lead over Rafa Cabrera-Bello of Spain and Maximilian Kieffer of Germany.

Kieffer shot a course-record round of 65, one shot lower than the previous best set in 1939 and matched Friday.