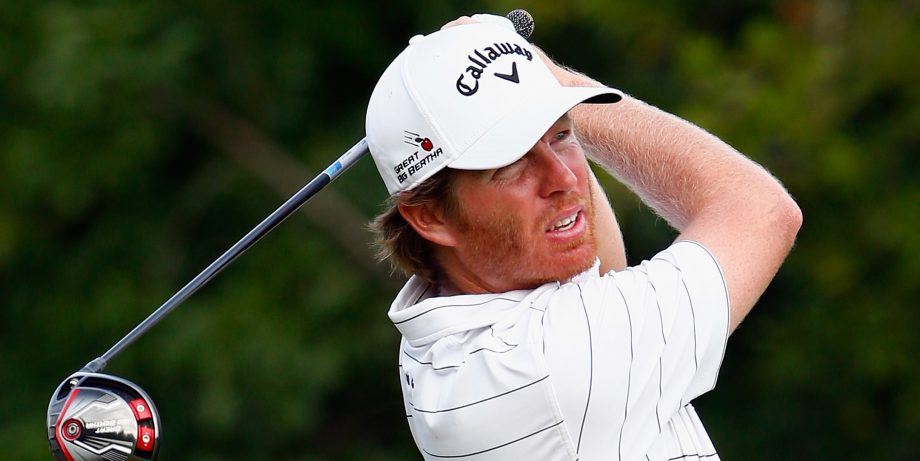 PLAYA DEL CARMEN, Mexico – Derek Fathauer played bogey-free Saturday on his way to another 6-under 66 that gave him a one-shot lead in the OHL Classic at Mayakoba and a chance to extend an unusual streak on the PGA Tour.

First-time winners have captured all five of the PGA Tour events at the start of the wraparound season.

Fathauer would love to make it six in a row.

“I’ve just got to have fun, play golf, play my game, and whatever happens will happen,” he said.

Fathauer was at 16-under 197 and led by one shot over Jason Bohn, who missed a 5-foot par putt on the final hole at El Camaleon Golf Club. Bohn took the lead on the par-5 13th hole with a 25-foot eagle putt right before the third round was halted for nearly 90 minutes because of storms in the area. Bohn had to scramble for pars late in his round and couldn’t save the last one. He shot a 65.

Bohn was the 54-hole leader at Mayakoba a year ago until closing with a 74.

“I don’t want to do what I did last year on Sunday,” Bohn said. “The only thing I can draw on is how I’ve been playing. I’ve got to embrace it, have fun and realize where I am. If I give myself enough chances, I’m going to win one.”

McDowell was the 36-hole leader, except that didn’t last long. He took another double bogey on the par-4 opening hole, and now has played it at 5 over for the week. McDowell followed with a bogey and spent the rest of the round trying to catch up. A 12-foot birdie on the 17th allowed him to salvage a 70.

“I’ve got to get past that first hole, which is kind of killing me,” McDowell said. “The game is in really good shape. Apart from two driver swings, I’m really happy with the general progress.”

He also hit a drive well right on the par-5 13th that led to a bogey.

Leonard appeared to be the one most affected by the storm delay. He was tied for the lead at 15 under after a birdie on the par-5 13th. When play resumed, he came up short of the green at the 14th, hit a nice chip-and-run to just outside 4 feet and missed the putt. On the par-3 15th, Leonard went left of the pin and down a slope and failed to save par. He was solid the rest of the way and still has a good chance Sunday.

Leonard hasn’t had a top 10 in nearly two years and has said he is trimming is schedule this year to spend more time with his wife and four children. He moved to Colorado in August, and the courses closed Nov. 1. So he went to Arizona for a few days of practice and showed up fresh. He said the mental hurdle in cutting back his schedule was to realize “I’m not going to forget how to swing a club, I’m not going to forget how to play the game.”

Johnson Wagner had a third straight 67 and was four shots behind. The group at 11-under 202 included Patrick Rodgers (69) and Freddie Jacobson, whose 63 was the low score of the third round. Arizona State senior Jon Rahm of Spain had a 66 and was six shots behind. Rahm tied for fifth in the Phoenix Open last season.

Canada’s David Hearn shot a 75 Saturday and is alone in 78th.