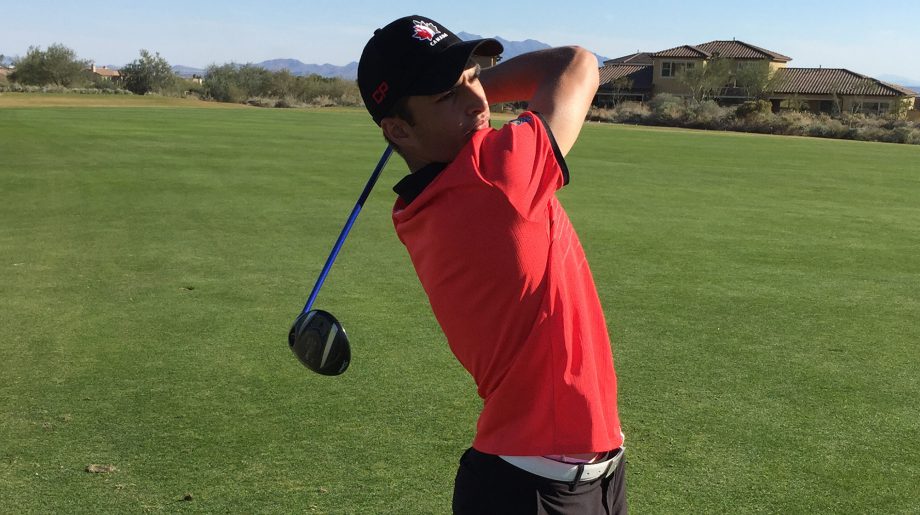 Charles-Éric Bélanger of Québec, claimed the Junior Boys (U19) Division with a second straight 2-over 73 performance. The 16-year-old began the day in fifth, trailing fellow Development Squad member A.J. Ewart of Coquitlam, B.C., by three strokes. Ewart succumbed to the difficult conditions, finishing in fourth at 9-over 150. Aurora, Ont., native Thomas ‘Jack’ Simpson shot 5-over 76 on the day to claim second. Fellow Ontarian Tony Gil of Vaughan – the final male member of the Squad at the event – finished fifth at a combined 7-over 152.

Orleans, Ont., native and Development Squad member Grace St-Germain secured a four-stroke victory atop the Junior Girls (U19) Division with a second-round 8-over 80. The 17-year-old held off Megan Ratcliffe of Bowser, B.C., who notched three birdies on the day en route to a 4-over 76 to match St-Germain’s opening round.

Hannah Lee of Surrey, B.C., did not relinquish her first-round lead and earned a six-stroke victory in the Juvenile Girls (U17) Division following rounds of 75-76–151. Lee, 16, led the Development Squad contingent to a sweep atop the division. Chloe Currie of Mississauga, Ont., finished 13-over 157 to claim runner-up, while British Columbians Tiffany Kong (Vancouver) and Kathrine Chan (Richmond) were T3, one-stroke back of Currie.

Complete results from the CJGA Junior at Cordova Bay are available here.