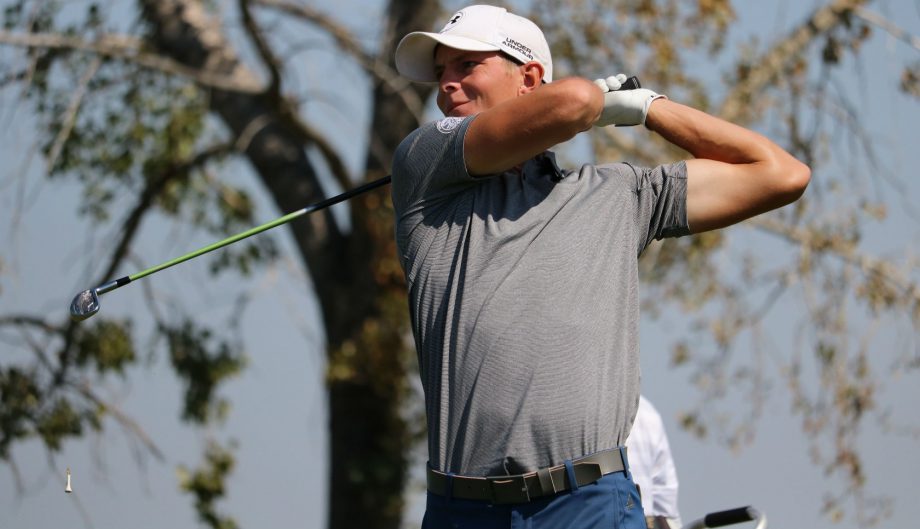 REGINA, Sask. – Steven Diack shot a 5-under-par 66 to take the lead at the Canadian Men’s Mid-Amateur Championship at Wascana Country Club on Wednesday.

The 25-year-old from Coquitlam, B.C., improved on his opening-round 67 and carded seven birdies and two bogeys and moved to 9 under par for the tournament.

“My whole game was pretty good today,” he said. “My driver is by far the best point in my game. The putter was a little cold early but then I started to make some putts coming in, but I think I hit 17 greens yesterday and 17 greens today, so overall ball striking has been pretty solid.”

Diack, who is playing in his last amateur event before turning professional, has only registered three
bogeys through two rounds.

Daniel Brown from Grand Folks, B.C., registered five birdies and two bogeys en route to a 3-under-par 68 and 8 under par total score. The 2009 B.C. Men’s Amateur champion has landed himself in second place, one stroke back of the leader.

The 18-hole leader Charles Fitzsimmons carded a 70 to finish 1 under par on the day and move to 7 under on the tournament. The London, Ont., product made five birdies and four bogeys one day after shooting a bogey-free 65 and sits in third place, two strokes back of Diack.

“I made a couple of putts yesterday that I missed today,” Fitzsimmons said. “That was the main difference. I got a couple of bad bounces where I was put in an unfortunate situation, but that’s golf. For the most part it was just a couple of bad swings that yesterday I would have got away with.”

The three-time defending champion Garrett Rank (Elmira, Ont.) posted a one-under par 70 to move him into a tie for fourth with two-time champion Kevin Carrigan (Victoria, B.C.) who shot an even-par 71. The pair are 4 under on the tournament.

Team Ontario defended their inter-provincial title after they defeated the home-town favourite Team Saskatchewan in a playoff that secured the R. Bruce Forbes Trophy for the third straight year.

Fitzsimmons forced the playoff after he landed his second shot on the par-5 18th in the greenside bunker. After his sand shot landed within three feet of the hole, Fitzsimmons converted the birdie and the two teams met on the first tee to determine a winner.

In the second and final group, Phelps’ and David Lang’s (Toronto, Ont.) drives found the middle of the fairway while Fitzsimmons pushed his tee shot into the water on the right of the fairway. Fitzsimmons ended the playoff with a bogey while both Phelps and Lang were on the green lining up their birdie putts.

Phelps put his putt five feet past the hole while Lang nailed a clutch 20-foot putt and posted the only birdie of the playoff. Phelps missed his opportunity to force a second playoff hole after he pushed his putt right, securing the victory for Team Ontario.

In the Mid-Master division, Todd Fanning from Winnipeg, Man., jumped to the top of the leaderboard after he carded a 2-under-par 70 for the second consecutive day. Dwight Reinhart (Renfrew, Ont.) and Ryan McNall (Regina, Sask.) sit one stroke back in T2 at 1 under par.