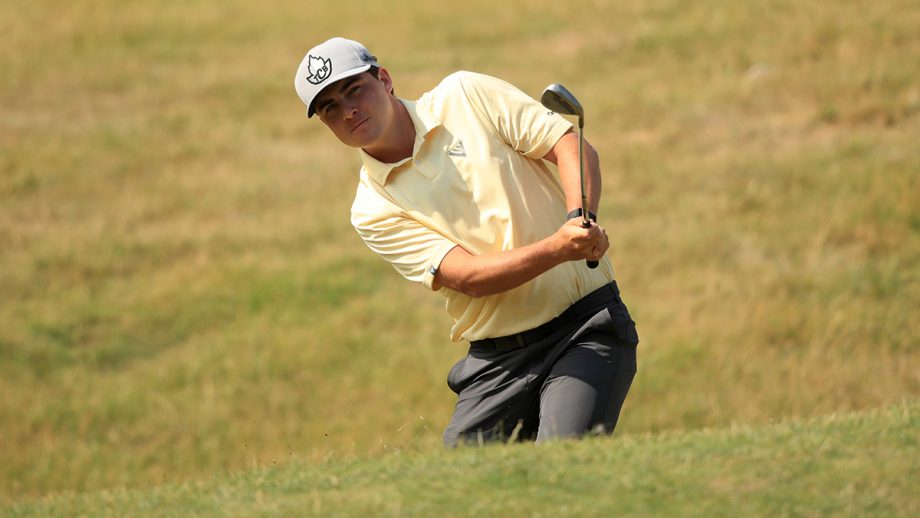 Aaron Cockerill is really getting to know his caddie Stuart Beck this season on the European Tour. It’s the deep kind of familiarity that can only come from a long road trip.

Cockerill, from Stony Mountain, Man., is the lone Canadian on the European Tour and will be start play in the U.K. Championship just outside of Birmingham, England, on Thursday. It’s the sixth consecutive event he’s played in Britain, essentially giving him a six-week trip around England and Wales, driving from tournament to tournament with Beck.

“Lots of time together. He’s probably getting sick of me,” said Cockerill with a laugh. “They’ve created a pod system within (the Euro Tour’s) bubble so you can only eat dinner with your caddie and one other player and their caddie, so you can only hang out with a couple of people all week.”

Cockerill noted that even within his small dining pod – he and Beck have been eating with American Johannes Veerman recently – the tables are “hilariously” far apart.

The life on the road is a product of the Euro Tour’s approach to COVID-19 safety protocols. Instead of playing in a different country each week, the tour has created multi-week swings through one country at a time. There are several benefits to the new system, including the tour booking all the accommodations for the golfers to ensure they remain within their bubble. It also means the golfers have fewer travel documents to sort out.

“Last year you’d finish a tournament and then fly what seemed like halfway around the world and a few time zones over,” said Cockerill. “Honestly, it’s been great because it’s just been so much easier. … It’s really simple. You just show up and play golf.”

Cockerill tied for 53rd at the British Masters on July 25, missed the cut at the English Open on Aug. 2, tied for 26th at the English Championship on Aug. 9, and tied for 14th at the Celtic Classic on Aug. 16.

A tie for 53rd at the Wales Open on Sunday moved him up four spots in the Race to Dubai rankings, placing him in 152nd heading into play on Thursday. The top 110 cards keep their cards next season.

“It’s been fun but it’s also been five weeks in a row and I’m starting to get tired,” said Cockerill, who plans to skip the European Tour’s swing through the Iberian peninsula. “I’m looking forward to getting home.”

After a few weeks back home – Cockerill and his fiancee just purchased a new home in Winnipeg – he plans on returning to Great Britain for the Euro Tour’s second circuit, this time with stops in Northern Ireland, Scotland and England.