Disputes on the golf course… There’s a Rule for that 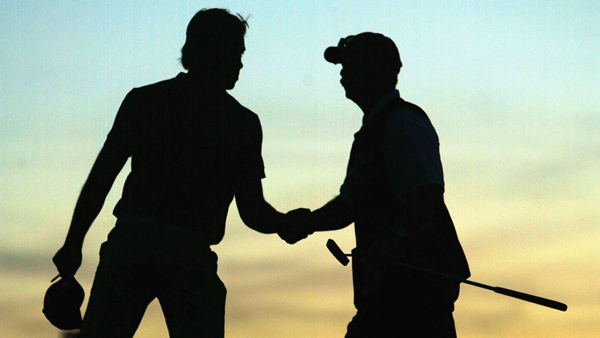 With the Canadian golf season in its prime, we’ve witnessed many local, club, provincial and even national championships being contested. Our members, member clubs, volunteers and staff have been involved in various capacities at various levels in an effort to administer and conduct these competitions.

While many of these competitions have been conducted in good order, without disputes or worse, a story materialized recently involving two golfers playing what should have been a friendly, recreational game of golf. While the full article can be found here, two grown men managed to get into a verbal and then an eventual physical altercation during their game, reportedly incited by a disagreement over the Rules of Golf.

There’s no questioning the complexity and thoroughness of the Rules of Golf and their associated Decisions, however the Rules of Golf could have been employed by these ‘gentlemen’, regardless of their understanding or ignorance of the rules themselves. Further, they could have avoided having charges against them and a short stay in the hospital through a an understanding of Rule 2-5, which concerns Match Play, and is ironically referenced as “Doubt As To Procedure; Disputes and Claims”.

Rule 2-5: Doubt As To Procedure; Disputes and Claims, states the following:

In match play, if a doubt or dispute arises between the players, a player may make a claim. If no duly authorized representative of the Committee is available within a reasonable time, the players must continue the match without delay. The Committee may consider a claim only if it has been made in a timely manner and if the player making the claim has notified his opponent at the time (i) that he is making a claim or wants a ruling and (ii) of the facts upon which the claim or ruling is to be based.

A claim is considered to have been made in a timely manner if, upon discovery of circumstances giving rise to a claim, the player makes his claim (i) before any player in the match plays from the next teeing ground, or (ii) in the case of the last hole of the match, before all players in the match leave the putting green, or (iii) when the circumstances giving rise to the claim are discovered after all the players in the match have left the putting green of the final hole, before the result of the match has been officially announced.

A claim relating to a prior hole in the match may only be considered by the Committee if it is based on facts previously unknown to the player making the claim and he had been given wrong information Rules 6-2a or 9) by an opponent. Such a claim must be made in a timely manner.

Once the result of the match has been officially announced, a claim may not be considered by the Committee, unless it is satisfied that (i) the claim is based on facts which were previously unknown to the player making the claim at the time the result was officially announced, (ii) the player making the claim had been given wrong information by an opponent and (iii) the opponent knew he was giving wrong information. There is no time limit on considering such a claim.

While also providing an expedited manner in which to handle a dispute during a match, Rule 2-5 would have also helped the two aforementioned gentlemen avoid the altercation they found themselves in… Hopefully, with an understanding of Rule 2-5, you’ll be able to reconcile any disputes, make valid claims and enjoy your next match without involving the local authorities, perhaps just your committee.