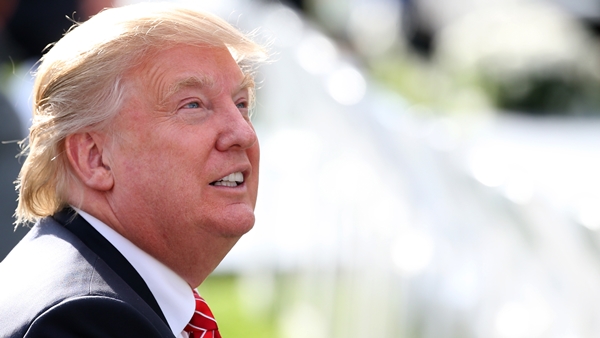 Trump announced Tuesday that he has agreed to buy the picturesque links course and resort on the west coast of Scotland, which has hosted the British Open four times. The most recent was in 2009, when Stewart Cink won a playoff over 59-year-old Tom Watson. The most famous was in 1977, the “Duel in the Sun” that featured Watson defeating Jack Nicklaus.

“It is an honor and privilege to own one of golf’s greatest and most exciting properties,” Trump said.

Terms of the deal were not disclosed. The Independent in London reported that Trump paid Dubai-based Leisurecorp just over $63 million – 37.5 million pounds.

Turnberry is the 17th golf property owned by Trump, including 12 in the United States. That includes Trump National Doral, which was renovated for this year’s World Golf Championship in south Florida.

There appears to be no plans to touch Turnberry, used as an airfield during World War II, and now considered among the finest links in Scotland with magnificent views of the Irish Sea, the Isle of Arran and the Ailsa Craig, a rounded rock formation in the Irish Sea from which curling stones are made.

“I’m not going to touch a thing unless the Royal & Ancient ask for it or approve it,” Trump told golf.com. “I have the greatest respect for the R&A and for (chief executive) Peter Dawson. I won’t do anything to the golf course at all without their full stamp of approval.”

Trump said he would invest “many millions of dollars” into the hotel and said it would be the most luxurious in all of Europe when he was finished.

He raves about all of his golf courses, believing them to be among the best in the world and worthy of major championships. With Turnberry, he is certain to get one. The R&A has not announced future sites beyond 2016 up the Ayrshire coast at Royal Troon, though Turnberry has become a popular venue. It is the youngest of the British Open sites – 1977 was its first British Open – and the roads were improved for it to end a 15-year hiatus with a return in 2009.

All of Trump’s other courses have his name in the title. He told golf.com that Trump Turnberry “has a nice ring to it,” but that would be decided fairly soon. That might not matter to the history of golf’s oldest trophy – the claret jug.

“Turnberry has been called other things before with previous owners,” Dawson told The Independent. “But it’s engraved as Turnberry on the jug, and I’d imagine will remain so.”