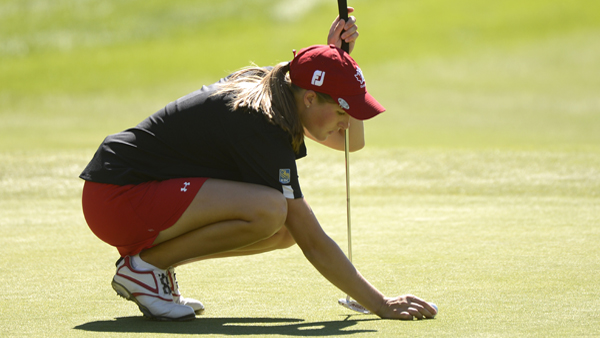 The women’s NCAA golf championship wrapped up in Tulsa, Okla., on Friday with the University of Southern California’s Doris Chen taking home medalist honours at 6-under par.

Individually, Team Canada’s Augusta James finished as the low Canadian. James, a junior at North Carolina State University ended the championship at 4-over 284 after rounds of 74-70-67-73.

SooBin Kim of Coquitlam, B.C. followed closely behind James, finishing in a tie for 16th at 5-over par. The Washington University junior recently finished in a tie for fourth at the Canadian Women’s Tour stop in Parksville, B.C.

Team Canada’s Anne-Catherine Tanguay of Quebec and Brittany Marchand of Orangeville, Ont., both ended their NCAA careers in a tie for 43rd at 11-over par. The seniors will both tee-it-up together next for Team Canada on the Canadian Women’s Tour in June.

In the team division, Duke finished in the top spot edging out the University of Southern California by two strokes at 10-over par. Tanguay’s Oklahoma Sooner squad finished in fourth place, while N.C. State took home tenth place. The Washington Huskies closed the championship in 17th.

For complete scoring and results from the NCAA Women’s Golf Championship click here.