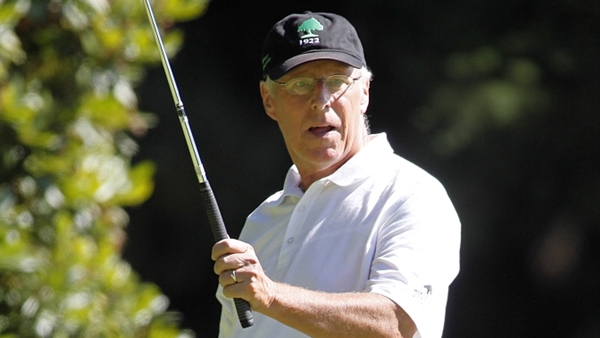 The Canadian Golf Hall of Fame honoured member had a less than ideal start Wednesday, bogeying the 1st and 8th holes en route to finishing his front 9 at 1-over par. However, the 13-time British Columbia Amateur Champion rallied to birdie holes 10, 11 and 14 to get below par and shoot his second consecutive 69 (69-69—138) at challenging Capilano.

The difference between the two nines proved to be Roxburgh’s flat stick.

“I needed to get my putting going and started to on the 9th hole,” he explained. “I made a nice side-hiller from about 10 feet to save par. After that I really putted well. I didn’t miss too many (putts) coming in on the back nine. I left myself below the hole and took pars when I needed. I’m happy with my 69 and am looking forward to the next two days.”

In the Inter-Provincial Team Championship, the British Columbia contingent of Roxburgh, Lance Lundy (Pemberton, B.C.) and Jim Shaw (Mission, B.C.) combined for a 2-under 140 to capture the Phil Farley trophy with a 1-over 285 total. The squad finished 13-strokes ahead of Alberta, who carded a final round 1-over 143.

In the battle for the Super Senior title (70+), Mickey Batten of Chateauguay, Que. claimed a two-shot victory over runner-up George Stokes of New Hamburg, Ont. Batten carded 77-80 for a two day total of 15-over 157 for the victory.

“This is my first national championship win,” said Batten, a former Quebec Amateur and Duke of Kent champion. “I’m really happy today. I played this course (Capilano) 30 and 40 years ago, but I hardly recognize it. It’s truly a special place.”

The Canadian Senior Men’s Championship continues Thursday with the third round beginning at 7:30 a.m. (PDT) off the 1st and 10th tees. Scoring, pairings and start times can be found online here.