Dream up a team 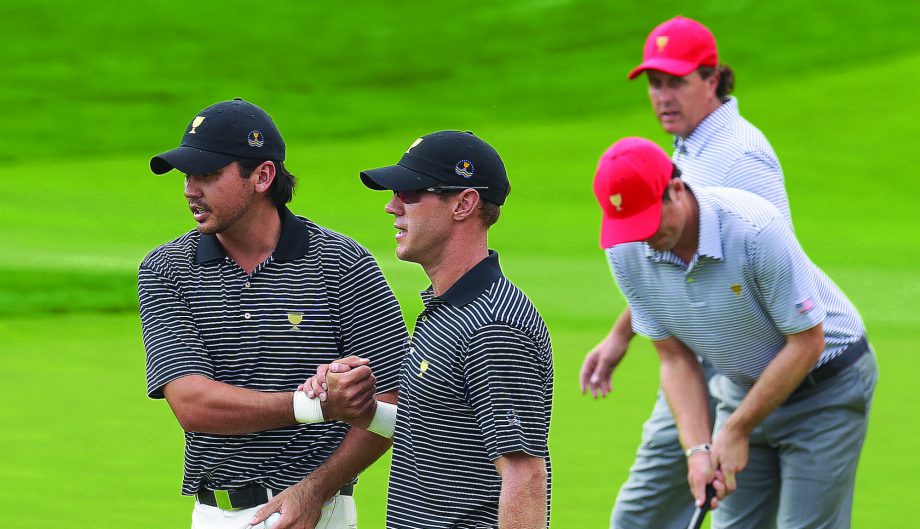 Traditional stroke play isn’t the only way to tee it up. Craig Loughry Golf Canada Director of Handicapping & Course rating explains a number of team formats available to spice up your next game.

Last fall, the PGA Tour announced a big change to its Zurich Classic of New Orleans event. Like most stops, it had been an individual stroke play tournament since its inception in 1938 but that is no longer the case.

It’s worth reviewing these team formats in some detail. Foursomes is a competition in which two golfers team as partners and alternately play one ball.

Meanwhile four-ball is a competition in which teammates play their own ball with the lower score between the two on each hole counting as the team’s score. This is also known as better-ball.

I won’t argue that these formats could probably be better named or labelled, as it’s not evident what they mean simply by reading them. Better-ball is too often confused with a scramble; four-ball seems like it would be a four-person team; and foursomes just sounds like a group that is playing in one slotted tee time.

I’ve heard through the years that it would be great if this was less confusing and their names derive from the fact they are usually part of a match-play competition pitting two teams of two head to head (hence four balls in play or a foursome in play).

However, once you get accustomed to the terms, it’s digestible. And Stableford, well that’s named after the inventor of the points game. That format dates back to the 1930s (and can be played by a team in several ways).

I highly recommend checking for these formats in either the Rules of Golf or more specifically in the Golf Canada Handicap Manual (Section 9), which can be conveniently found on our website.

When the Zurich Classic format change was announced, I heard and read comments that golf could use a shot in the arm with more team play. Most people referenced the Presidents Cup (run by the PGA Tour), Ryder Cup (PGA of America/European Tour) and Solheim Cup (LPGA Tour/Ladies European Tour) as perfect examples of exciting team golf. Both exhibitions use these forms of team play, which — judging by the television audiences and player comments — is key to the allure of these events.

I don’t disagree, since golf is perceived to be an individual sport despite one generally played with two or three others in a group. Similarly, it seems natural and logical that team play would slide in seamlessly and add an element of friendly competition.

I’d like to help change the perception of golf being an individual sport so I did a little digging in the archives. I knew the aforementioned formats were mentioned in the Rules of Golf specifically (Sections 29-30 and 31) and that they have been around for a long time.

What I wasn’t sure of was how long these formats have existed, as the sport of golf can be traced back to 1467 (some 560 years — just think about that history). My research showed that these forms of play were first officially documented in the early 1800s, although I’d bet they existed long before that.

Even outside of golf’s top tours, team formats have been enjoyed at the club level for at least 200 years. All you have to do is look at how many clubs run team competitions, or member/guest events, which are typically four-ball stroke play. This is a great format because if you are playing badly — much worse than your partner on a particular hole — you can just pick up, pull out the pom-poms and cheer on your pal.

And let’s not forget, the Handicap System can be used to set these events up equitably for all golfers. There is an entire section in the Handicap Manual (Section 9-4) that explains various allowances for recommended use to ensure these formats are played fairly.

Anyone who’s played in such team events knows about the thrill of competing with a friend (such as my partner Ray, who I call “Mr. Clutch”) and the added social engagement it contains. I’d certainly encourage the golfing public to give these formats a try if you haven’t already.