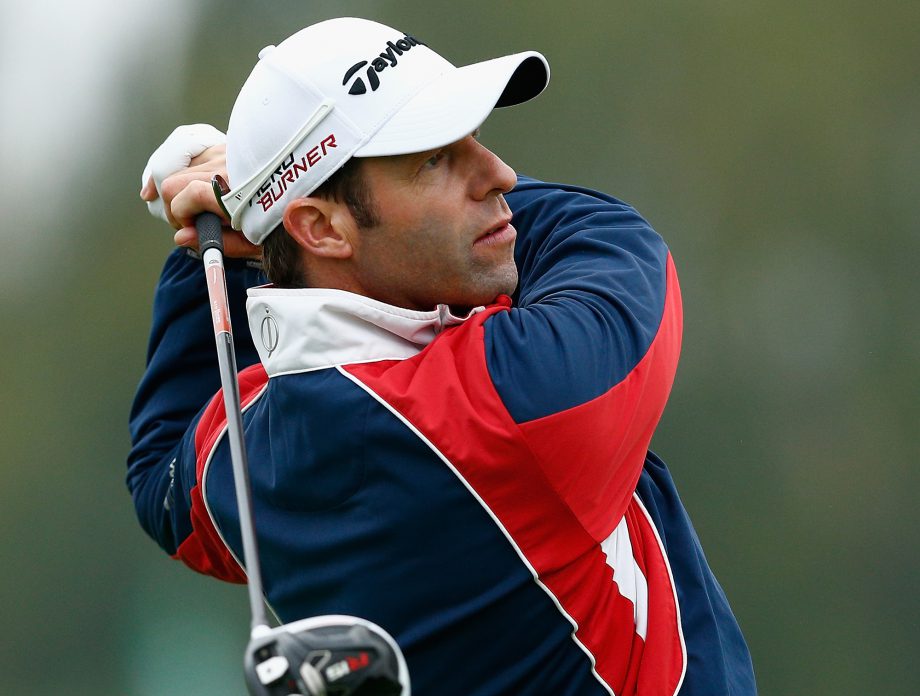 MOSCOW – Bradley Dredge shot 5-under 66 Friday to lead the Russian Open by one stroke at the halfway stage.

The Welshman started the day tied for third but had a bogey-free second round for 10-under 132 overall after teeing off on a damp morning at the Skolkovo Golf Club, near the center of Moscow.

The 42-year-old Dredge is chasing his first tour win since the 2006 European Masters.

England’s Lee Slattery is second after shooting 67, including five birdies on the back nine.

Daniel Gaunt of Australia, who had a share of the lead after the first round, shot 69 to drop to third at 8 under.

The other leader after the first round, Scotland’s Scott Jamieson, is tied for seventh after a par-71 second round, including a double bogey on the ninth. Last year’s winner David Horsey of England is tied for 11th on 5 under.

Former top-ranked tennis player Yevgeny Kafelnikov missed the cut, tied for 127th on 12 over. However, the 41-year-old Russian’s performance this week easily beat previous efforts at the Russian Open, where he has been as much as 40 over after two rounds.

Belgian amputee Ced Lescut, who plays with a prosthetic right leg following a motorcycle accident, placed last in his European Tour debut on 38 over, but finished with a birdie.