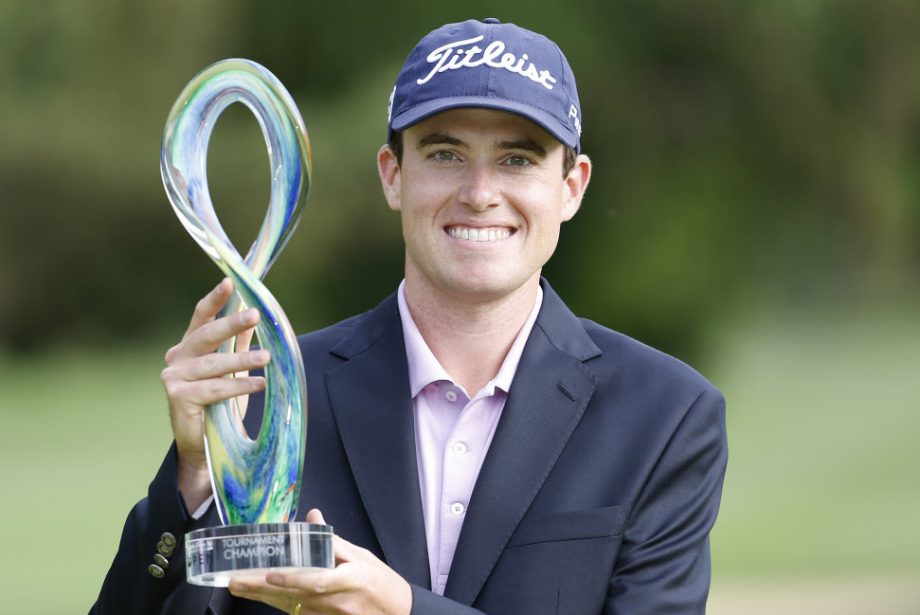 The 28-year old carded a final round 3-under 69, including a clutch birdie on the 72nd hole to get into a playoff, then outlasted Svensson on the third extra hole to secure the win and the $31,500 first-place prize.

“It was an incredible finish,” said Weaver. “All week I tried to keep a level head, and thankfully I was able to maintain that in the playoff.”

The playoff finish capped a wild afternoon that saw several players make a charge to the top of the leaderboard. Pendrith, a Mackenzie Tour rookie from Richmond Hill, Ontario, was the first to post 12-under in the clubhouse after a chip-in eagle at the 72nd hole. Then, Beal, a fellow rookie from Uniontown, Ohio, matched him with an eagle putt from eight feet to share the clubhouse lead at 12-under.

Wheeldon, a Comox, B.C., native with one Mackenzie Tour win, joined them after knocking his approach from the fairway to within four feet and converting the putt, while Svensson, a Surrey, B.C., native playing on a sponsor’s exemption in his first Mackenzie Tour event as a professional, two-putted for birdie after finding the par-5 18th in two.

Weaver had previously reached 12-under with a birdie on the 11th hole, but bogeyed 14 to drop a shot behind. His brilliant approach from the 18th fairway found the par-5 green in two, and a two-putt birdie added his name to the sudden victory playoff.

After Wheeldon, Beal and Pendrith were unable to get good looks at birdie on the 18th in the first extra hole, Svensson and Weaver both converted from outside of five feet to keep the playoff going. A second trip up the 18th settled nothing once again, as Weaver two-putted for birdie and Svensson got up and down from just beside the green.

Both players found the 1st fairway on the third extra hole, with Weaver hitting his approach in a greenside bunker and Svensson running his through the back of the green into an awkward lie. After Weaver blasted out to tap-in range, Svensson ran his chip past the hole and lipped out his birdie putt, giving Weaver a tap-in for the win in his first Mackenzie Tour start.

“All I know is I’m glad that last putt was about four or five inches,” Weaver said afterward, wearing a look of relief on his face.

The win sees Weaver take the early lead atop the Order of Merit, with 11 events remaining to finish in The Five and earn status on the Web.com Tour for 2016, a perk the 28-year old said was the main reason for coming to Canada this summer.

“I’ve had very good summers the past four, five years and unfortunately haven’t had great falls in the [Web.com Tour Qualifying Tournament]. I made a very strict plan to come up here and build a bunch of momentum, and I’m excited for the rest of the summer. I’ll have 11 more opportunities to get in contention,” said Weaver, who won on the eGolf Tour earlier this spring.

Svensson, Pendrith, Wheeldon and Beal each earned $11,550 in a tie for second and comprise the remainder of The Five heading into next week’s Bayview Place Island Savings Open presented by Times Colonist in Victoria, B.C.