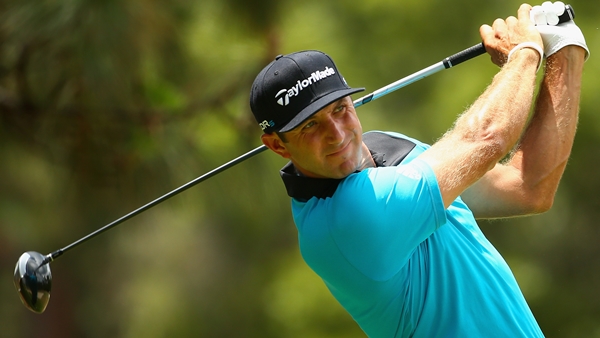 MONTREAL – Momentum around Canada’s National Open Golf Championships continues to build as Golf Canada and RBC announced several PGA Tour stars have confirmed their intention to compete in the 2014 RBC Canadian Open, July 21-27 at The Royal Montreal Golf Club in Île-Bizard, Que including World No. 15 Dustin Johnson, World No. 21 Charl Schwartzel, World No. 41 Chris Kirk, World No. 46 Matt Every and World No. 80 Charley Hoffman.

Past major champions such as Lucas Glover, Stewart Cink, Retief Goosen and Trevor Immelman have also confirmed their intention to play at Canada’s National Open Championship.

Beon Yeong Lee of Montreal will have the benefit of a home crowd behind him after earning his spot by winning the RBC Canadian Open Quebec Regional Qualifier on Monday, June 16th at Elm Ridge Country Club in Île-Bizard, Que.

Canadian notables set to compete include World No. 35 Graham DeLaet, World No. 90 David Hearn, Canadian Golf Hall of Fame member Mike Weir and Stephen Ames, who will be inducted into the Canadian Golf Hall of Fame later this summer. The Canadian foursome will be joined by Adam Hadwin and Brad Fritsch and will vie to see if one of them can become the first Canuck to capture the title since Pat Fletcher won the Canadian Open in 1954.

Additional exemptions for Canadian amateur and professional golfers competing in the 2014 RBC Canadian Open will be announced in the coming weeks.

VOLUNTEERS:
Golf Canada and the Royal Montreal Golf Club are pleased to announce that a limited number of volunteer positions are still available for golf enthusiasts to be a part of the RBC Canadian Open. In all, nearly 1,400 volunteer committee positions will contribute to the success of Canada’s National Open Golf Championship and anyone interested in applying can do so at www.rbccanadianopen.com.

TICKETS:
Grounds tickets for all days of Canada’s National Open Championship as well as a limited number of premium ticket packages are still available. A full list of ticket packages and pricing, including the new Family Day package, is available online at www.rbccanadianopen.com. Golf Canada and RBC are also please to offer free admission to children 17 year and younger who are accompanied by a ticketed adult.

Click here to listen to a media conference from Wednesday, June 18th at The Royal Montreal Golf Club.