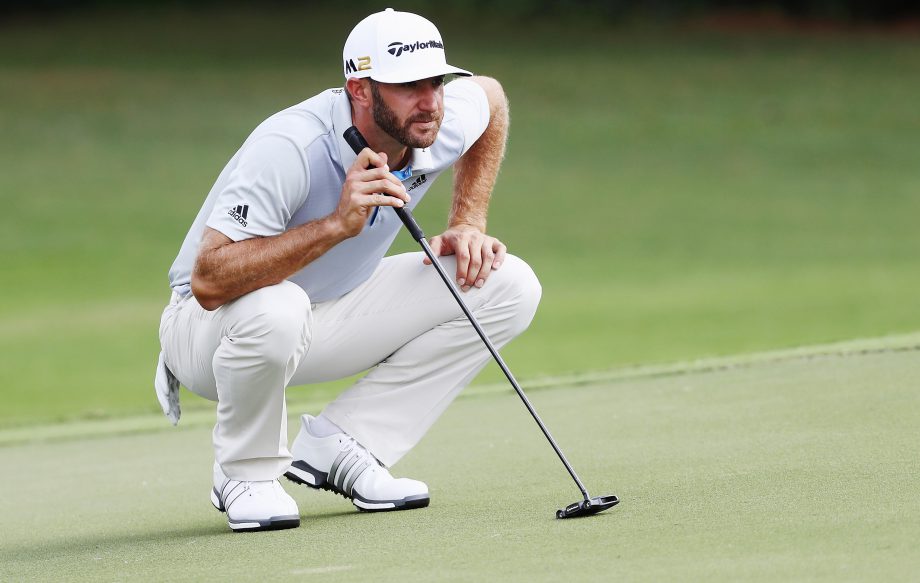 ATLANTA – Dustin Johnson hit out of a bunker to 2 feet for birdie on his first hole and kept right on rolling to a 4-under 66 for a three-way tie of the lead Thursday at the Tour Championship.

Hideki Matsuyama had six birdies and Kevin Chappell played bogey-free to join Johnson at 66 on a tough day for scoring at East Lake.

Johnson only has to win the Tour Championship to capture the $10 million FedEx Cup bonus.

Jason Day, who withdrew from the final round of the BMW Championship two weeks ago with back pain, was among those at 67. Jordan Spieth was 3 over after two holes and shot 68, courtesy of six birdie putts between 18 and 30 feet.

Rory McIlroy and Paul Casey also were at 68.