Dustin Johnson proves making the team can be the hard part 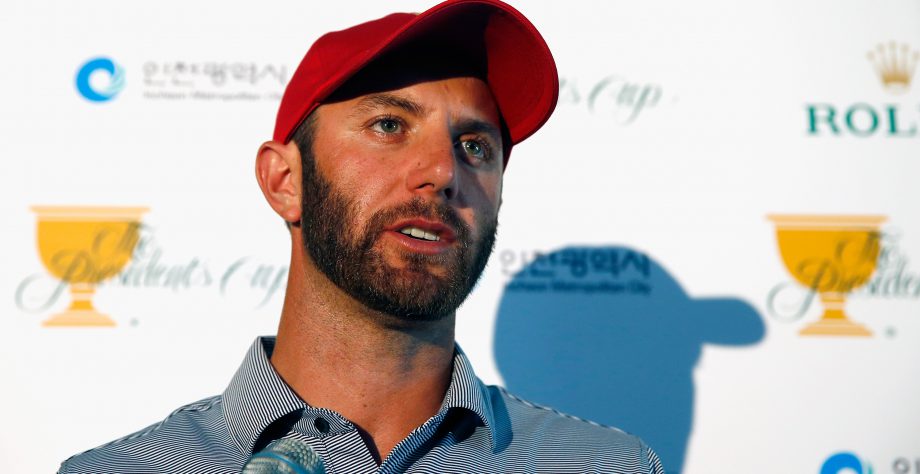 Part of that is because he’s very good.

Any discussion about American talent in golf would have to include the 31-year-old Johnson, who has won in every PGA Tour season since he was a rookie in 2008 fresh out of Coastal Carolina. He has chased majors, falling short either by bad luck (Chambers Bay), a bad shot (Royal St. George’s), bad golf (Pebble Beach) or a bad setup (bunkers at Whistling Straits).

But there’s another reason that Johnson hasn’t lost a match in so long. He hasn’t played a team event since the 2012 Ryder Cup at Medinah.

Johnson was left off the Presidents Cup team two years ago when he finished 12th in the U.S. standings, and captain Fred Couples passed over Johnson and Jim Furyk in favour of 20-year-old rookie Jordan Spieth.

“I was pretty (upset) I didn’t get picked,” Johnson said with a laugh. “Why you got to bring that up?”

And then last year involved extenuating, if not mysterious, circumstances. He easily would have qualified for the team except for taking an indefinite leave from golf to seek professional help from what he described only as “personal challenges.”

Even so, the record shows that Charl Schwartzel is the last player to beat him, in Sunday singles at Royal Melbourne in 2011. Johnson went 3-0 at Medinah the following year, one of only three Americans to win a singles match in Europe’s record-tying comeback.

“Even though it’s been a little bit, it didn’t feel like it’s been that long,” Johnson said. “It’s the same guys, kind of the same team.”

Only six American players are at the Jack Nicklaus Golf Club Korea who were on the last team that included Johnson. Even last year, three players who had been considered regulars for the Ryder Cup or Presidents Cup didn’t make the team.

Zach Johnson was stunned to hear that Dustin Johnson hasn’t played in these team events in three years, until he gave it some more thought.

“It’s surprising to a degree,” he said. “It’s just an illustration of how deep and how good the PGA Tour is.”

Hunter Mahan was in seven of the last eight team competitions _ he only missed Medinah in 2012 _ and wasn’t even part of the conversation this year. Mahan struggled with a growing family and his game and missed the Tour Championship for the first time since the FedEx Cup began in 2007. He ended last year at No. 22 in the world, and now is struggling to stay in the top 50.

Keegan Bradley made an auspicious Ryder Cup debut in 2012 with Phil Mickelson, played on the next two teams and is fading from view. Bradley hasn’t won a tournament since the Bridgestone Invitational three years ago.

Webb Simpson missed his first team this year since 2010.

Tiger Woods has been dealing with his own set of circumstances, mostly injuries that have kept him out of the game or kept him from playing the game like he once did. He was last seen in team uniform at Muirfield Village two years ago with Sammy the squirrel on his shoulder. Woods missed a big chunk of 2014 recovering from back surgery, and he made the cut (with only one top 10) in the 11 tournaments he played this year.

It was no less gratifying for the big-hitting Johnson when he checked in at the team hotel Sunday night after his long flight from Los Angeles, stuck his head in the team room to catch up with the rest of the Americans and then dress in uniform for a practice round that included Jimmy Walker, Chris Kirk and Patrick Reed. Those are three guys with whom Johnson has never played in a team competition.

The turnover isn’t that great from the U.S. team that lost at Gleneagles in the Ryder Cup with only three new faces _ Kirk, Bill Haas and J.B. Holmes, who replaced Furyk.

“It’s hard to make these teams,” Zach Johnson said. “Saying that makes it that much more impressive what Phil has done.”

Mickelson has played in every Presidents Cup since it began in 1994, and he has qualified for them all except for being a captain’s pick the first year and this year. He has qualified for every Ryder Cup team since 1995. The last time Mickelson was not in U.S. uniform, Deane Beman was the PGA Tour commissioner.

Furyk is not far behind. This is only the second team event he has missed since 1997.

With more young faces in the pipeline, that kind of longevity will be hard to repeat.