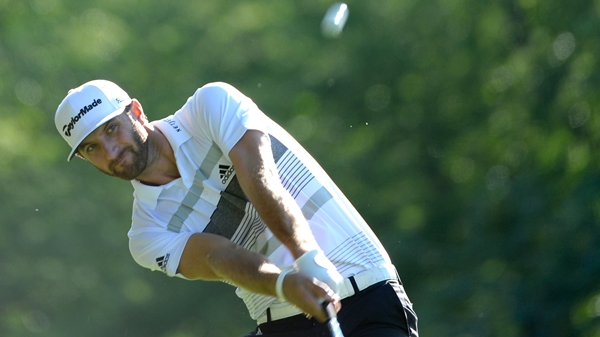 Dustin Johnson is returning to the PGA Tour from a six-month break in which he said Friday “it was time to grow up,” though he refused to discuss a published report that a positive test for cocaine is what led to his leave of absence.

“I’m not worried about what people think or what they say,” Johnson told The Associated Press in a telephone interview. “I’ve just got to be me. I’ve got a son, a future wife, and I’m really happy. I’m going to enjoy my life.”

Johnson has not competed since he missed the cut at the RBC Canadian Open July 25. Five days later, he said in a statement he was taking a leave of absence to seek professional help for what he described only as “personal challenges.”

Golf.com reported that he failed a drug test three times – for marijuana in 2009, and for cocaine in 2012 and 2014. The report said the PGA Tour suspended him for six months, though the tour took the rare step of publicly refuting that he was suspended.

Still, the fact Johnson returns exactly six months from announcing his leave of absence is sure to raise questions. His first tournament back will be the Farmers Insurance Open at Torrey Pines on Feb. 5-8.

Asked if the report was true that he failed a cocaine test, Johnson replied, No.” And then he declined to say more.

“With that, I’ve said all I’m going to say,” Johnson said. “I think I’ve answered them, and I don’t think I need to answer them again.”

He gave an interview earlier this week to Sports Illustrated and to ESPN, part of a strategy to ease back into golf. Still to be determined is how Johnson is received by the public and by his peers. He said he hasn’t talked to many players except for the occasional round of golf and workout session with Keegan Bradley because they have the same trainer.

Johnson is engaged to Paulina Gretzky, the daughter of hockey great Wayne Gretzky. She gave birth to a son, Tatum, on Monday in Los Angeles. Johnson said they are renting a home in Thousand Oaks, California, but he plans to live in West Palm Beach, Florida.

“The baby is healthy and we’re really happy,” he said.

Johnson declined to say whether the tour threatened to suspend him or recommended he get help. He said he has never been to rehab in his life. He said his issue was how he handled stress – drinking and partying – though he said he did not drink to the point that he felt he needed outside help.

“It was more of a compounded thing,” he said. “I was not enjoying myself. I was not playing the way I wanted to play. I did my fair share of partying. It’s not like I was drinking every day. It was more like alcohol abuse – that’s not the right word, but more along those lines. When I drank, I drank too much.”

As for seeking professional help that he mentioned in his statement in August, Johnson said he was working with “a few different people,” including one man whom he described as a life coach.

“He’s someone who helps me, give me advice,” Johnson said, adding that what he was taught was “nothing I didn’t already know.”

“What I’ve learned a lot is … with what I do, there’s a lot of stress that comes with it,” he said. “I never really learned to deal with it. To party was more my way of dealing with stress instead of going to the gym or going for a run. Things that were unhealthy, that was my way to get away.”

Johnson, 30, is among the most talented Americans and certainly among the most athletic figures in golf. He already has eight victories – last year was the first year he failed to win since he joined the PGA Tour in 2008 – and has contended in three majors. One of those was at Whistling Straits, where he grounded his club without realizing he was in a bunker on the final hole and was given a two-shot penalty. That kept him from a playoff in the 2010 PGA Championship.

In his most recent major, Johnson played in the final group on Saturday at the British Open with eventual champion Rory McIlroy. He wound up tying for 12th.

His leave of absence kept him from playing the PGA Championship, the FedEx Cup playoffs and the Ryder Cup, where he was assured a spot on the team. Johnson said he watched a little bit of the matches from Gleneagles and felt bad that he wasn’t there.

But he doesn’t feel he owes an apology – or an explanation – to anyone.

“I don’t care what people think,” he said. “I mean, do. I want my fans to know I do care about them, and I’m glad for all the ones who have stuck by me. I’ve had an unbelievable amount of support from my family, friends and fans. And those who aren’t fans anymore, that’s their choice.”

Johnson said he more excited than nervous about his return, and mostly he is happy about becoming a father.

“Obviously, I needed to better myself,” he said. “I used this time to work on me, and to work on becoming a better fiancée, soon-to-be husband, father. The son has been born now, and it’s given me a whole new perspective. Nothing else in the world matters.”