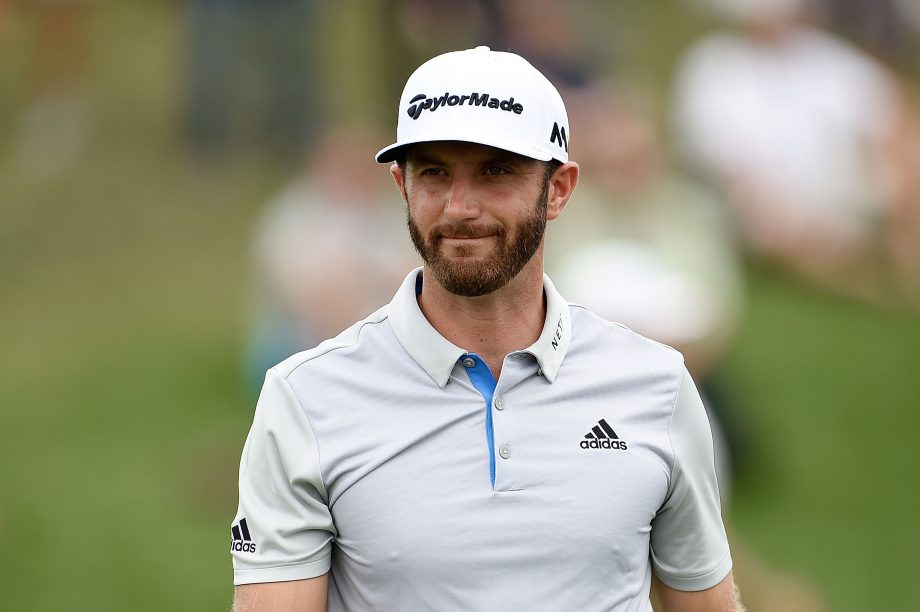 Johnson made two eagles in a span of seven holes, shot 31 on the back nine and set the course record at Crooked Stick on Friday with a 9-under 63 that gave him a share of the lead with Roberto Castro in the BMW Championship.

Johnson didn’t even know he set the course record until Tony Pancake, the golf director at Crooked Stick, congratulated him on the way to the clubhouse.

“I guess no one was ever better than 63,” Johnson said with a shrug and a smile.

Castro was the first player to reach 14-under 130 on the rain-softened course. He kept bogeys off his card, rolled in a pair of 30-foot putts and had another 65 in his last-minute bid to get to the Tour Championship at East Lake, just 15 minutes from his house.

Castro is at No. 53 in the FedEx Cup and only the top 30 make it to the FedEx Cup finale at East Lake and a shot at the $10 million bonus.

Paul Casey, who had the 54-hole lead last week at the TPC Boston until finishing two shots behind Rory McIlroy, had a 66 and was three shots behind.

Johnson has one of the most consistent years with 12 finishes in the top 10, along with victories in the U.S. Open and a World Golf Championship at Firestone. Even so, frustration began to set in when the putts stopped falling, so he switched to the TaylorMade Spider.

“I was just struggling to get the ball to come out on the line I was seeing,” Johnson said. “No matter what I did, how much I practiced, training aids, whatever. It just wasn’t working. So just decided to switch it up.”

When asked about the physics involved, Johnson said, “I don’t go into that stuff _ as long as it goes where I’m looking.”

Johnson already was virtually assured of being among the top five going into the Tour Championship, meaning he only has to win at East Lake to win the FedEx Cup. Along with what he described as “10 million reasons” why he wants to win, other rewards are available. He already is regarded a favourite for PGA Tour player of the year, and he is likely to move ahead of Jason Day in the Vardon Trophy race for the lowest scoring average.

Castro opened a big lead early with three straight birdies on the front nine, and for the longest time, it looked as though no one could catch him.

Johnson has 11 victories on the PGA Tour, including a major and a three World Golf Championships.

Castro has gone 125 starts on the PGA Tour without a victory, and he doesn’t hit nearly as long as Johnson _ not many do. Crooked Stick is renowned for favouring big hitters, whether it was John Daly at the 1991 PGA Championship or McIlroy four years ago after a week of rain that made the course even longer.

That didn’t seem to faze Castro.

“It’s a big course. It keeps your attention, which I think helps me,” Castro said. “I think if you look at the tour, it sure helps to be long. But the guy who is striping it usually wins. Couple of my best weeks have come on really long golf courses.”

J.B. Holmes, who finished 10th in the Ryder Cup standings and is in need of a captain’s pick to make his second U.S. team, shot 30 on the back nine and made a strong run at Castro until he was slowed by a bogey on the par-3 third hole and at the par-5 ninth. He wound up with a 65 and was four shots behind, along with Chris Kirk.

Two-time Masters champion Bubba Watson also needs a pick, and he delivered a 67 to at least get in the top 10.

McIlroy stalled with three bogeys on his back nine for a 71. Jordan Spieth shot 72 with four bogeys and a double bogey when he pulled a shot into the creek on the 14th. He bounced back with an eagle on the next hole, but there were too many mistakes. They were at 4-under 140, 10 shots out of the lead. Day, the world No. 1, joined them after a 67.