Els, Woods named captains for the 2019 Presidents Cup in Melbourne 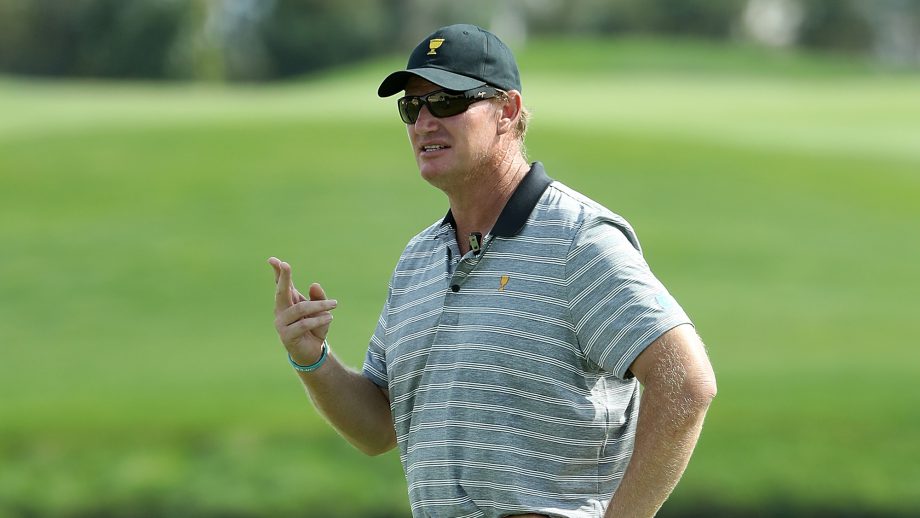 Melbourne, Victoria, Australia and Ponte Vedra Beach, Florida, USA – Presidents Cup and PGA TOUR officials today announced Ernie Els and Tiger Woods as captains of the International and U.S. Teams, respectively, for the 2019 Presidents Cup at The Royal Melbourne Golf Course in Melbourne, Victoria, Australia. While both will be first-time captains at the event, the two are the most experienced captains in terms of Presidents Cup competition and were the primary figures in the 2003 event held in South Africa, where Woods and Els competed in a dramatic sudden-death playoff that ultimately ended in a tie and the two teams sharing the Cup.

“Ernie Els and Tiger Woods have each been part of the fabric of the Presidents Cup as competitors and as ambassadors to the event,” said PGA TOUR Commissioner Jay Monahan. “Ernie carries the flag for international golf as a legendary figure both on and off the golf course, while Tiger has been one of the most transcendent athletes the sport has ever seen. These two have served, and will continue to serve, as a bridge between past team members and captains who laid the foundation for the Presidents Cup and the stars of today who are embracing the hallmarks of the event – golf on a global stage, a love and passion for the game and the impact the Presidents Cup has in emerging markets and through charity.”

In addition to the announcement of the two captains, officials also unveiled minor changes to format requirements and eligibility for the 2019 Presidents Cup. Each player shall play a minimum of one match prior to the final-round singles matches. This is a change from past years where players were required to play twice during the same timeframe. Additionally, the top eight players for the International and U.S. Team standings will officially qualify following the completion of the 2019 TOUR Championship. Captains will later select four captains’ picks (at date to be determined) closer to the December 2019 event.

Els and Woods have combined for 97 PGA TOUR victories, including 20 World Golf Championships events and 18 major championship titles, with 59 additional wins internationally. Following the completion of the 34 matches at the 2003 Presidents Cup in South Africa, the score was tied at 17, which meant a sudden-death playoff between Els and Woods as selected by then-captains Gary Player and Jack Nicklaus. With sunlight fading, both players made pars on the first playoff hole. With Woods in for par on the second playoff hole, Els knocked in his 12-footer to halve.  The two again traded dramatic par putts on the third playoff hole with darkness upon them. It was then decided to end the competition and declare the event a tie.

Els is tied with Vijay Singh and Adam Scott with eight appearances in the event with an overall record of 20-18-2. He is tied for most all-time match appearances on the International Team in Presidents Cup history (40, Vijay Singh) and has won more matches than any other International Team member (20). The World Golf Hall of Fame member has 19 career PGA TOUR victories to his credit, including four major championships between the U.S. Open (1994, 1997) and The Open Championship (2002, 2012). The former world No. 1 and native South African has also made his mark internationally with 47 total victories spread across the European Tour and South African Tour, representing South Africa five times in the World Cup (1992, 1993, 1996, 1997, 2001) as well as nine times in the Alfred Dunhill Cup (1992-2000).

“The Presidents Cup has provided me with many of the best memories of my career,” said Els.  “To be named captain of the team is an incredible honor. There is a fun and talented group of young players emerging from all across the globe for the International Team, and I am eager to accept the responsibility of building a winner when we face the United States at one of my favorite courses and cities in the world at Royal Melbourne. Tiger and I have had some great duels in the past, and I look forward to the challenge of going against my longtime friend yet again in 2019.”

Woods has a Presidents Cup record of 24-15-1 since his first appearance on the 1998 U.S. Team, and he is one of five players to go 5-0-0 during a single event (2009). His 24 matches won ranks second all-time to Phil Mickelson’s 26, and his six victories in singles matches is the most in the event’s history.

“After working as a captain’s assistant for Steve in 2017, I realized that I wanted to captain the 2019 event at Royal Melbourne,” said Woods. “I’m proud to follow in the footsteps of past captains like Arnold Palmer, Jack Nicklaus, Hale Irwin, Ken Venturi, Fred Couples, Jay Haas and Steve Stricker. The core group of players on the U.S. Team have a lot of talent, enthusiasm and great team camaraderie. They are easy-going and fun to be around off the course, but extremely competitive inside the ropes. I have no doubt that Ernie will have the International Team ready to go in Melbourne, and I cannot think of a more fitting captain to carry the tradition of goodwill through competition than Ernie Els. The Sandbelt courses of Australia are some of my favorite in the world, and I’m looking forward to seeing Royal Melbourne again.”

Melbourne also holds the distinction as the site of the lone International Team’s victory in 1998, which saw Peter Thomson’s International Team defeat Jack Nicklaus’ U.S. Team, 20.5 to 11.5.  In 2011, Fred Couples led the U.S. Team to a 19-15 win over Greg Norman and the Internationals. The 1998 event was also held in December, a date that traditionally works well with other golf tournaments held in Australia.