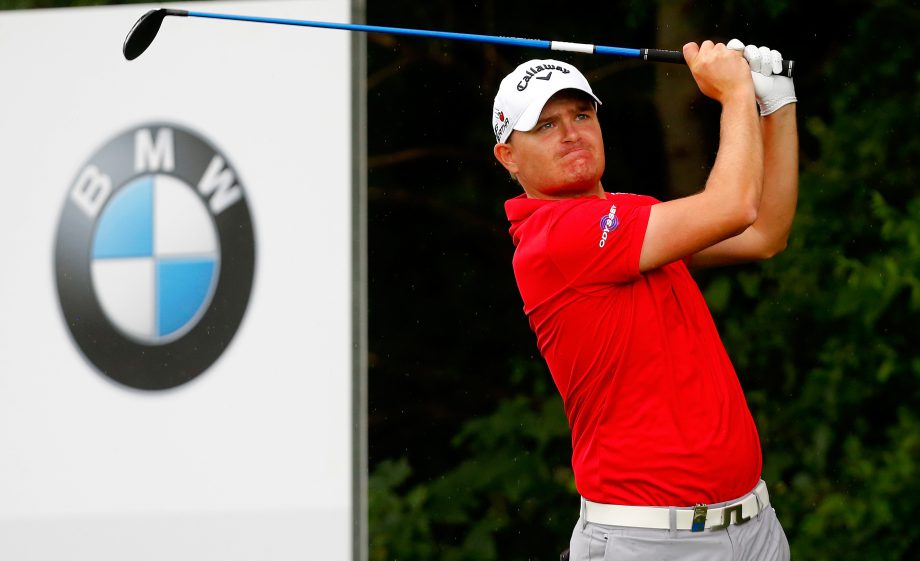 James Morrison (Paul Thomas/ Getty Images)
MUNICH – English golfer James Morrison shot a 5-under 67 to claim a two-stroke lead in the third round of the BMW International Open as overnight leader Rafa Cabrera-Bello dropped six off the pace on Saturday.

Morrison, who began the day one stroke behind Spain’s Cabrera-Bello, made six birdies and would be further ahead if not for a bogey on the final hole. He was at 16-under 200 heading into Sunday’s final round on the Eichenried Golf Club course.

“I played steady, didn’t really do too much wrong and nearly had a bogey-free round,” said Morrison, who can win his second European Tour event in as many months after claiming the Open de Espana in May.

“(There are) miles to go yet, especially on this golf course,” the 30-year-old Morrison said. “Anyone can win from any score. I mean you can shoot 63 in a heartbeat.”

Cabrera-Bello had five bogeys and finished with his third birdie for a round of 74 and share of eighth place.

Chris Paisley of England scored 66 to move into second on 14 under, one stroke ahead of Thailand’s Thongchai Jaidee (68) and two ahead of Sweden’s Peter Hanson (67).

“Never enjoyed a round of golf as much as today. So excited to go at it again tomorrow!” Paisley tweeted.

Spain’s Carlos del Moral, compatriot Pablo Larrazabal, and Northern Ireland’s Michael Hoey were tied for fifth, five strokes off the pace. Del Moral shot a 65 for the day’s best round.

After his frustrating round, Cabrera-Bello slipped level with Thailand’s Kiradech Aphibarnrat (68) and France’s Victor Dubuisson (67).