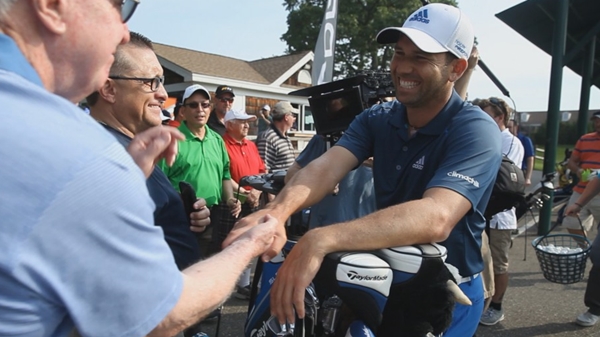 TERRASA, Spain – English duo James Morrison and David Howell shared a two-shot lead Saturday after the third round of the Spanish Open.

Morrison carded a 4-under 68 while Howell shot 69 to leave both on a total of 7-under 209 entering Sunday’s final round at the Real Club de Golf El Prat.

Morrison recovered from a double bogey on the second hole by making seven birdies the rest of the way, with one bogey.

“It’s been three very silly days,” Morrison said. “The first day I was 3 over after five holes and today made a seven at the second out of nowhere and fought my way back again. It’s what you’ve got to do really. It takes one good shot to get back in it.”

Francesco Molinari could have joined them atop the leaderboard if not for a double bogey on the 17th, which left the Italian two strokes back after a 70.

Overnight leader Edouard Espana slumped to a 76 that included a double bogey and three bogeys, falling four shots off the pace in sixth place.

Sergio Garcia climbed to a tie for seventh after a 67, while defending champion Miguel Angel Jimenez (72) was another stroke back.