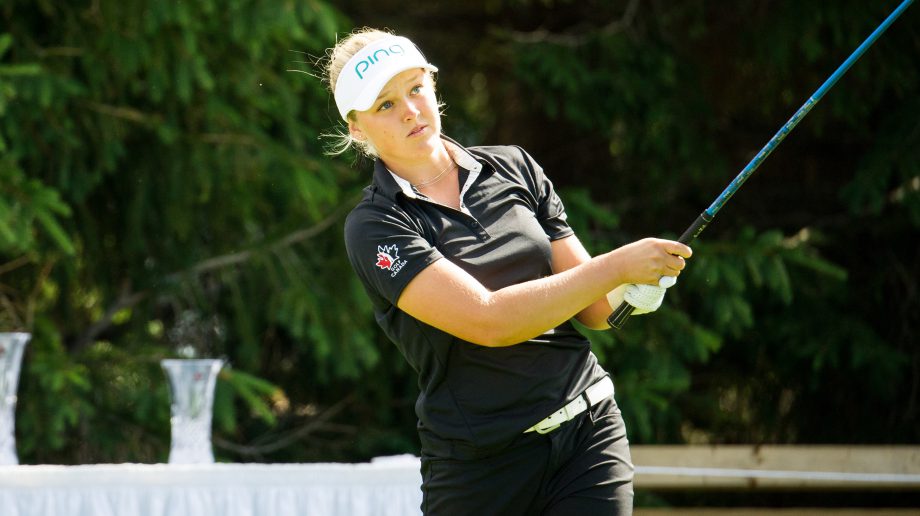 Seventeen year old Canadian Brooke Henderson turned professional at the end of 2014 and, with only limited playing rights, has stormed up the rankings. The native of Smiths Falls, Ont., currently sits at No.46 on the Rolex Rankings. Henderson’s impressive professional debut has resulted in the Championship Committee awarding her a special exemption into the 2015 Championship.

Henderson commented, “I am so excited to play in my first Ricoh Women’s British Open and I am very grateful to the Championship Committee for granting me this opportunity. I played in the 2012 Ladies British Amateur at Carnoustie and I absolutely loved visiting Scotland so I am super excited to be heading back there again. I really enjoyed the different challenges of playing links golf in Scotland and, now that I have gained a little more experience, I think I will enjoy it even more. I can’t wait to get to the Trump Turnberry Resort.”

The star-studded field is also the most international of the five women’s majors with 23 nationalities already represented in the field to be finalized at the conclusion of final qualifying on Monday 27th July at Irvine Golf Club.

The Ricoh Women’s British Open was founded by the LGU in 1976 and has been staged in conjunction with IMG, the world’s largest sports marketing company, since 1984. The event has been co-sanctioned by the LPGA and LET since 1994 and gained Major status in 2001.

The full list of confirmed entrants into the Championship, can be found here.