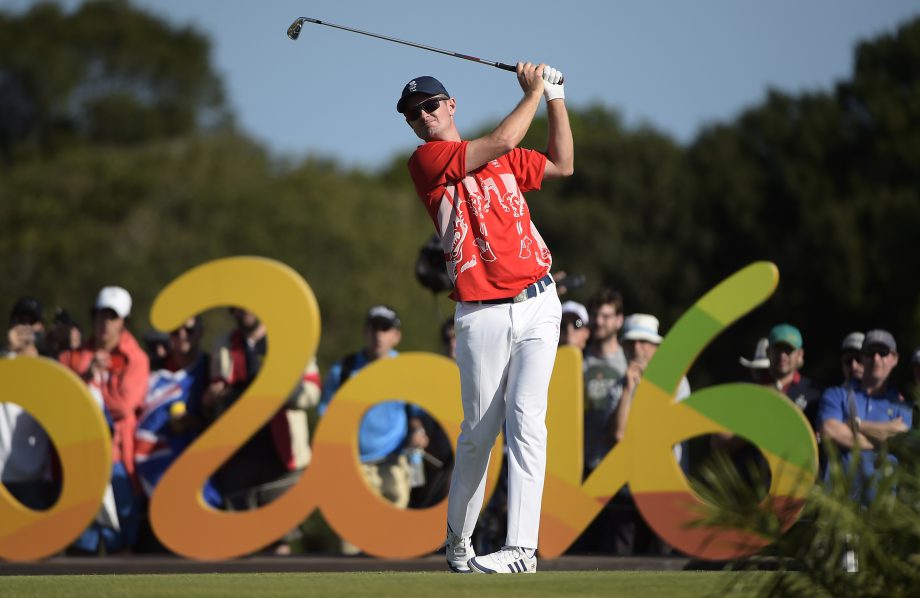 RIO DE JANEIRO, Brazil – Golf will crown its first Olympic champion for 112 years in Rio de Janeiro tomorrow, and all indications are that the sport will witness an epic battle for the medals at Reserva de Marapendi as Justin Rose, Henrik Stenson and Marcus Fraser go for gold.

Rose, the 2013 US Open champion, delivered a brilliant third round 65 to take a one-shot lead over Stenson, the reigning Open champion, in front of large and enthusiastic crowds in the Rio sunshine, many of whom might have been unfamiliar with the high quality of golf served up by the leading players.

Rose tees off last tomorrow standing at 201, 12-under-par, with Stenson’s hard-working 68 earning his second place total of 202. Fraser, who opened the competition with a course record 63 on Thursday, dug in hard to shoot a round of 72 for third place on 204. The highly motivated trio all have the glint of gold in their eye going into the home stretch of an absorbing Olympic contest.

Once again, Stenson is in contention when the big prizes are handed out. The Swede goes into the last round in second place, one stroke behind another major champion in Great Britain’s Rose, with Australian Fraser close behind.

However, the race for the gold, silver and bronze could run well beyond the final group. Major champions Bubba Watson of the United States (207) and Ireland’s Padraig Harrington (208) will be chasing a low score to post a clubhouse target to test the leaders as the quest for gold intensifies.

Rose, who bagged eagles at the third and fifth holes to soar to the top of the leaderboard, admitted it “felt great” to be in the gold medal position going into the final round.

He added: “Obviously I felt like today was an important day.  There were a lot of players in contention after yesterday and I felt like today could be a day to separate or at least keep some momentum and not give myself too much work to do tomorrow.  Obviously, this tournament has been very, very special and very, very different for all of us.”

Saturday is traditionally ‘moving day’ and that was very much in evidence in Rio. Rickie Fowler of the United States set the tone earlier in the day with a seven-under-par 64, the second lowest of the week, to climb 36 places into a tie for 14th on 210. Another low score could earn Fowler a tilt at the minor medals while his compatriot, Watson, is very much in the shake-up after a second successive 67.

Harrington matched Watson’s 67 to sit on the coat-tails of the leaders on 208 while a 66 put Finland’s Mikko Ilonen into the mix, also on 208.

Graham DeLaet carded six bogeys through the day en route to a third-round 74. The product of Weyburn, Sask., is 2-under after three days of competition and will enter the final round in a four-way tie for 22nd.

David Hearn of Brantford, Ont., matched DeLaet’s 74 to claim a share of 44th at 4-over.

Stenson, who admitted that his busy summer of contending for majors had tested his mental reserves of energy, is being kept company in the medal hunt by his fellow Swede, David Lingmerth, whose 68 for 207 propelled him ten places up the leaderboard and into the penultimate group alongside Watson and Argentina’s Emiliano Grillo (68-207).

Stenson insisted he is fully focused on winning the gold medal and commented: “In my mind, we’re still going for one thing – gold.  Even though the consolation prizes might be better here than some other events in a way, it’s still the No. 1 spot that I’m looking for and I’m going to try my hardest to make that happen.  It’s been a long and tiring stretch for me the last month, so I’m just going to try and squeeze whatever I have left in the tank for the final 18 holes.”