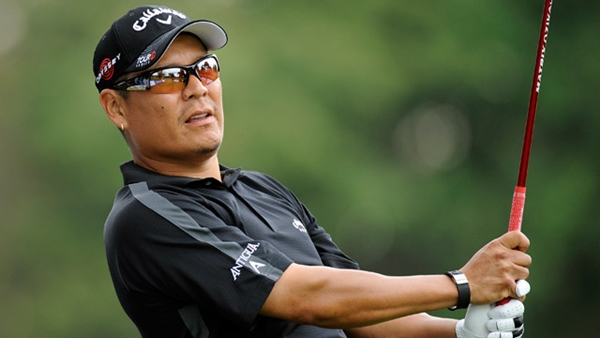 “I hung in there. It’s been a long time coming and I’m kind of at a loss for words, but it feels good,” said Onesi.

The Old Dominion University graduate found himself with a three-stroke advantage over Tracy with three holes to go, and after slipping with a double bogey on the 16th, rebounded to birdie the 18th and secure a two-stroke victory.

After having conditional Web.com Tour status in 2011 and 2012, Onesi took time away from competing over parts of the past two years, serving as a caddie at Bay Hill Club and Lodge and working on his game. With a refreshed perspective, the 27-year old decided to take on 2015 in the pro ranks again, and will be able to plan out his season on PGA Tour Canada.

“It’s huge. It’s been a while since I’ve been able to set my schedule with a couple of up-and-down years,” said Onesi. “To nail that down and be exempt through all 12 events puts a big smile on my face. It’s one of the best days of my golfing career for sure.”

Letzig, a veteran of 114 events on the PGA Tour, carded a final round 69 to share second place with Tracy, who was unable to convert the 54-hole lead into victory.

Strathmore, Alberta’s Stuart Anderson and Edmonton, Alberta’s Wilson Bateman were low Canadians, both finishing in a tie for eighth at 6-under.

Olympia, Washington’s Cameron Peck emerged victorious in a 6-for-1 playoff, going birdie-par on the 10th and 17th holes in Sudden Victory to earn the 18th spot and exempt status through the first six events of the 2015 season.