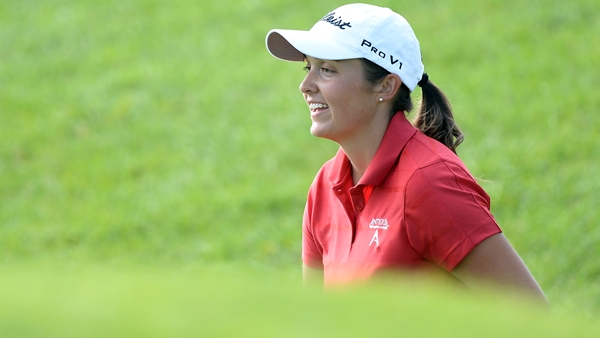 The 25-year old will head to Friday’s fourth round three-strokes ahead of Bear, Delaware’s Eric Onesi in the chase to earn medalist honours and exempt status on PGA Tour Canada for 2015.

“I’m not making a whole lot of birdies, but I’m just keeping it consistent and giving myself a lot of good looks,” said Tracy, who made just one bogey against five birdies on the day. “I can’t really pinpoint it on anything, but in this tournament I’m really minimizing my mistakes and not having to grind over any par putts.”

The Ohioan came into the week on a streak of solid play, with top-10 finishes in each of his last two PGA Tour Latinoamérica starts, including a tie for second at last week’s Lexus Panama Classic presented by World Jewelry Hub. With one round to go, Tracy said he’s hoping to keep the solid play going for one more round.

“I don’t think I need to change anything up. I just need to keep it in the fairway and try to hit as many greens as possible. If you’re hitting 12 or 13 greens a round, you’re going to make a few birdies and you’re not going to make many bogeys,” said Tracy.

Onesi carded a 6-under 30 on his first nine holes and finished with a 67 to hold solo second place, while London, England’s Charlie Bull managed a 3-under 69 to sit four shots back at 10-under.

Wil Bateman of Edmonton is the low Canadian heading into the final round. He carded a 71 Thursday and has a share of 9th.