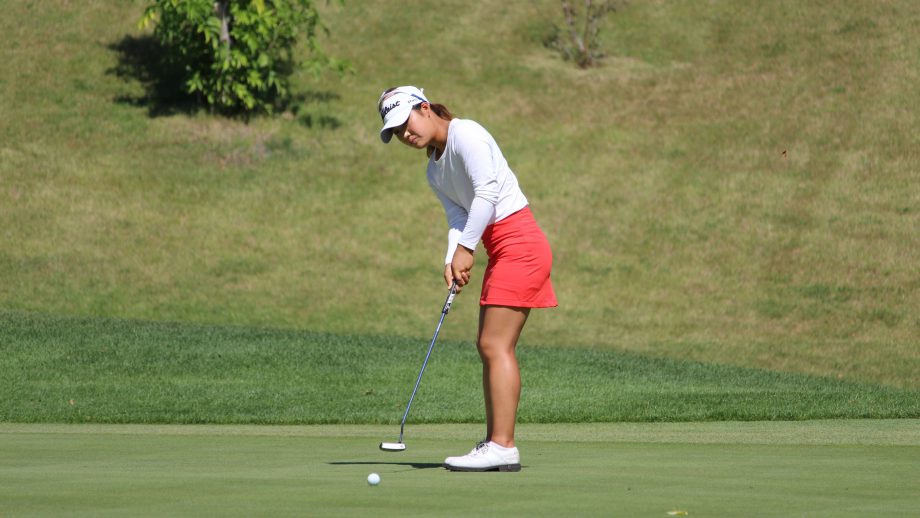 LETHBRIDGE, Alta. – Euna Han of Coquitlam, B.C., set the course record with a 64 to take the lead heading into the second round of the 65th Canadian Junior Girls Championship held at Lethbridge Country Club in Lethbridge, Alta.

Han was six under through the front nine and the lone blemish on her scorecard was a bogey on the par-3 No. 16. She could have gone even lower, narrowly missing an eagle putt on the par-5 No. 17.

“I cannot feel better really,” said Han. “I putted really well, but I also hit good shots into the green, so the putts weren’t as tricky as they could have been.”

“I want to stay calm and stay patient, not getting too excited or too down if I make mistakes,” added Han when asked about her outlook on the rest of the tournament.

The 16-year-old has enjoyed a successful season, finishing runner-up at the Future Links, driven by Acura Pacific Championship and third at the B.C. Women’s Amateur. Han’s 64 also leads the Juvenile competition.

YanJun (Victoria) Liu finished a single stroke back of Han at 7 under 65. Liu was bogey free, notching six birdies on the front nine.

Hsin Chiao Chang of Chinese Taipei shot 5 under and sits in third place.

“My front nine was really good,” said Zhu. “I thought I kept my cool and overall I’m very happy with my round. The course is really nice, very well maintained and challenging.”

“I hit the ball really well, so I just stayed consistent out there,” said Ackroyd. “The course is in great shape, it’s playing awesome. It was a good test. I’d love to play the same way I played today. It’s awesome being home in Alberta.”