Even before her LPGA win, Brooke Henderson was a hometown ambassador 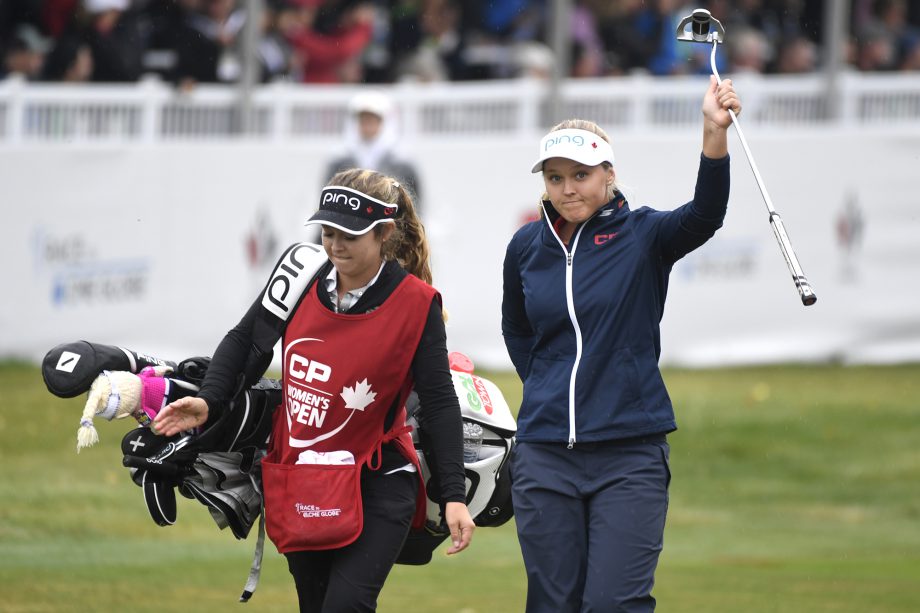 SMITHS FALLS, Ont. – Glenda Cooke started to get emotional when she sat, glued to her TV, while watching Brooke Henderson hit the golf ball off the 16th tee Sunday on her way to victory in the CP Women’s Open.

“That’s when I got up and got the Kleenex,” Cooke said Monday as she recalled witnessing Henderson, a fellow Smiths Falls, Ont., native, become the first Canadian to win an LPGA Tour crown on home soil in 45 years.

“And the happy tears started to flow and they just kept coming.”

Henderson has had an immeasurable impact on young girls wanting to get into golf, even before she won in Regina, said Cooke.

“That started as soon as Brooke went on the (LPGA) Tour,” she said.

“Just the audience watching her (Sunday), there were a lot of young girls there,” Kerfoot added.

Club members who watched Henderson playing while she was growing up said they haven’t been surprised by her achievements.

“I did play a couple of rounds with Brooke when she was growing up and it was a treat to play with her then,” said Ken Closs.

“You could tell that she was going to be something special,” said Closs, adding that Henderson bested him on the golf course when she was just 10 years old.

“I don’t want to talk about that,” he said as his golfing buddies laughed.

You rock, #Saskatchewan! @BrookeHenderson says thanks to the fans and volunteers @The_Wascana for an amazing week at the #CPWO 😁 pic.twitter.com/PYaRI4M9ZX

The Henderson family has become synonymous with golf in the small Eastern Ontario town. Her uncle, Tom Henderson, is the current local course title holder.

“What she’s doing for golf in Smiths Falls, and for women in general, it’s really awesome,” Tom Henderson said of his niece.

There is, after all, a trophy case displaying Brooke Henderson’s achievements just inside the clubhouse.

A new junior locker room in her name also was built in the last year, displaying pictures from some of Henderson’s junior championships.

Henderson has, through her talents but also by virtue of her character, become an ambassador for not only Smiths Falls, but for the sport of golf and for her country, said the town’s mayor, Shawn Pankow.

“She’s our favourite daughter,” Pankow said as he stood on the sidewalk outside his office.

“So much she’s done in such a short period of time, the whole town is incredibly proud of her.”

Pankow said Henderson’s victory was yet another shot in the arm for a town which was once struggling, despite being close to the nation’s capital. However, Smiths Falls more recently has experienced a boom in tourism and business development.

The future for the town of roughly 9,000 people appeared grim a decade ago when a major local business, the Hershey Chocolate factory, shut down operations and moved to Mexico.

But Smiths Falls has since benefited from the explosion in Canadian cannabis, which has brought a resurgence in jobs and tourism.

Pankow said Henderson’s victory Sunday appeared all the more remarkable, given her and her family’s own recent turmoil.

Both of Henderson’s grandfathers died this summer.