Everyone has a “golf” story; what’s yours? 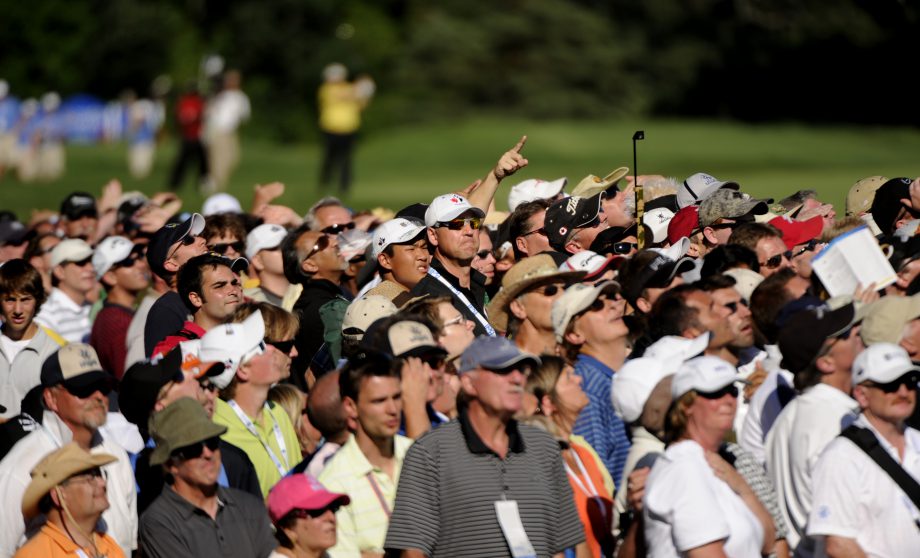 Sharing those stories with friends and family is one thing. But why not share your story with the world? Thanks to a new web site, www.GolfCanadaGolf.ca, you can do just that.

“Among golfers, there’s always a story—memorable shots, a round with family, playing your favourite course, a golf trip with friends, witnessing first-hand the incredible skills of PGA TOUR or LPGA Tour players, or using the game to overcome personal adversity,” says Golf Canada Golf spokesman Gavin Roth. “The Golf Canada Golf campaign invites Canadians to share their own experiences as well as read or watch other compelling stories to remind us what makes the game great.”

Many of your fellow golfers have taken advantage of the opportunity, including some well-known names like former National Hockey League star Wendel Clark. In his video on the site, Clark reminisces about how his grandfather in Kelvington, Sask., got him into the game. Despite the lack of left-handed clubs at the time (he started out with a two-way putter!), Clark fell in love with golf. After retiring from professional hockey, he devoted more time to the game, even headlining a major charity pro-am. Now, he has passed on his passion to his son.

Prior to her breakthrough LPGA victory, Brooke Henderson, the 17-year-old phenom from Smiths Falls, Ont., shared her story on GolfCanadaGolf.ca, as have fellow Canadian pros Alena Sharp and Andrew Jensen.

But GolfCanadaGolf.ca is not just a celebrity showcase. Not by a long shot.

As a matter of fact, once you visit the site, you become engrossed in how deeply golf affects those who play it, on and off the course. The titles of the video and written vignettes draw you in. “Golf Really Did Save My Life,” for example. How about the youngster who talks about picking up his first club in Grade 3 or the viral video of a two-year-old’s impressive swing? “Granny’s Got a Game” recounts how a grandmother made good on her promise to take up golf and beat her grandchildren!

Bad shots. Holes in one. Hijinks. All part of the fabric of golf written by people who love the game. GolfCanadaGolf.ca is golf’s equivalent of a family heirloom patchwork quilt, preserving memories.

Some stories are humourous, some are inspirational. Some are essays, some are tidbits. All are heartfelt and well worth sharing.

Bobby Jones once said, “Golf is the closest game to the game we call life.”

The stories shared on GolfCanadaGolf.ca prove beyond the shadow of a doubt the truth of that statement.

(GolfCanadaGolf.ca also features a social media hub that curates stories using the hashtag #golfcanadagolf as well as resources for golfers looking to find a course, connect with a PGA of Canada professional or learn more about junior golf programs in their community.)

To read John Gordon’s story, The Man Who Started It All, click here.