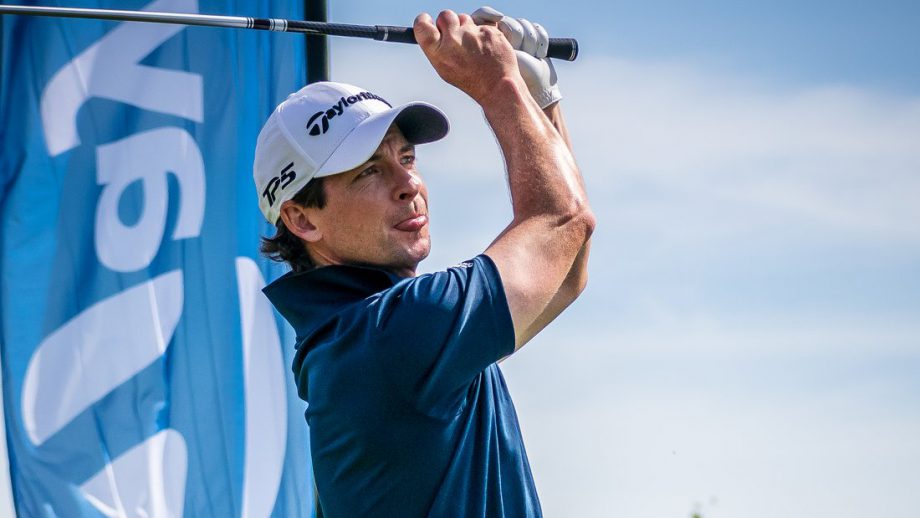 Past PGA Championship of Canada winners Dave Levesque and Bryn Parry; last year’s Mike Weir Player of the Year Award winner P.A. Bedard; and Ontario’s Gordon Burns all punched their ticket to the final day of the PGA Championship.

Parry, the No. 1-seeded player will play Bedard in the first semi-final at 7:30 a.m., while the second semi features Levesque and Burns at 7:45 a.m.

The two winners will play in the championship’s final match Thursday afternoon, with the winner taking home the historic P.D. Ross Trophy.

In the match of the day, Parry defeated Wes Heffernan in 21-holes, after falling behind three-down on the front nine.

“He won some holes on the front nine and I thought to myself that I can do the same on the back nine, so I stayed patient, plugged away and waited to see what could happen,” Parry said. “It’s in my nature to be patient, it’s in my nature to tenacious and those two things really paid off a the end of the day.”

His opponent Bedard, on the other hand, will play in his first ever PGA Championship semi-final. However, he promises to be ready to go come Friday morning.

“I’m going to relax tonight, drink a bunch of water, eat some food and tomorrow I’m going to be ready,” he said. “My game is very close to being where I want it to be, so I’m excited to be playing Friday.”

The second semi features Burns and Levesque, who is having a bounce-back campaign this year after spending much of 2017 injured.

“I was hurt for most of last year and over my career I’ve seen a lot of lows and highs in this game, so it’s fun to come in a little under the radar and perform well,” Levesque says. “I’ve got lots of experience winning this championship before, so I’ll know what it feels like when the pressure hits and how I react to keep things positive, moving forward and making the right decisions.”

Attendance to the PGA Championship of Canada presented by TaylorMade-adidas Golf is free and spectators are encouraged to attend during championship play.

Credit Valley was also home to PGA of Canada Hall of Fame member Al Balding, a four-time winner of the PGA Championship of Canada, as well as recently deceased PGA of Canada member Jerry Anderson, who won the championship in 1987.