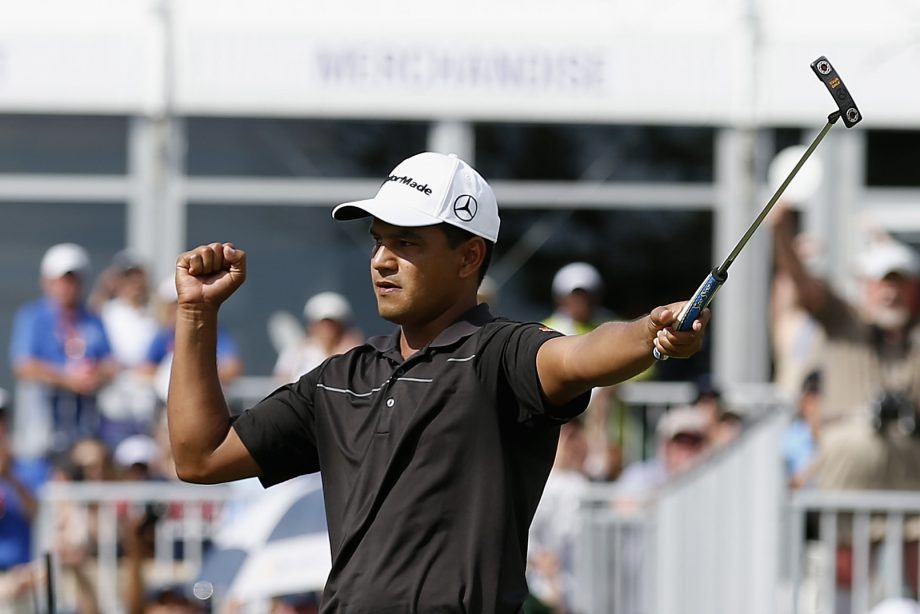 Gomez, 36, started the round tied with Owen atop the leaderboard at 9 under with 23 players within four strokes. Gomez shot 4-under 66 for a 267 total for the win. He carded a five birdie-one bogey round for his first PGA title in his 70th start in a season already featuring three top 25s.

Taking home the winner’s check of $1.08 million is a nice turnaround for Gomez who had to earn back his tour card through the Web.com Tour last year. When he rolled in a 30-footer for birdie on No. 18 for the final margin, Gomez celebrated by holding up his putter and pumping his right fist.

Owen finished with a 70 for the round.

Mickelson used this event at TPC Southwind, sponsored by FedEx, to tune up his game for the U.S. Open at Chambers Bay in Washington. He carded eight birdies Sunday with three bogeys and says he got the confidence boost he wanted.

“I’m feeling a lot better about heading into the U.S. Open after this week than I did after last,” Mickelson said.

This event belonged to Gomez who honed his game with tips from his mentor Jose Coceres along with many rounds with Angel Cabrera. He already had won twice on the PGA Tour Latinoamerica in Buenos Aires in 2013 and 2014. The last time he had a piece of the 54-hole lead on the PGA Tour, he tied Jordan Spieth for second at the 2013 Puerto Rico Open.

Starting with the lead this time, Gomez fell a stroke back of Owen with his lone bogey of the day on No. 5 and was two strokes behind before Gomez birdied the par 3 No. 8. He tied Owen at 10 under when the Englishman bogeyed No. 9.

Gomez took the lead for good at 11 under when he stuck a shot within 8 feet on the par-3 11th with the island green. He clinched his victory on the par-5 16th with his fourth birdie despite hitting into the greenside bunker. Gomez blasted out to within 2 feet for the tap-in birdie and a three-stroke lead.

Jones was only two strokes behind Gomez after a birdie on No. 13, but the Australian couldn’t roll in a birdie putt from 10 feet on the par-3 14th and then had a bogey on No. 15 after hitting into the rough twice.

That left Owen with the only chance to run down Gomez.

The veteran playing his 214th PGA event just missed rolling in a 30-footer for birdie on 13, and he couldn’t get up and down from a greenside bunker on No. 14 after hitting 12 feet past the hole. Owen rolled his par attempt just right of the hole for third bogey, giving Gomez a three-stroke lead with four holes to play. Owen birdied No. 15, but it wasn’t enough.

David Hearn of Brantford, Ont., completed his final round with a 70 to finish tied-45.

DIVOTS: The last player from Argentina to win on tour was Cabrera at the 2014 Greenbrier Classic. … This is the second straight year a leader has held on for the win on Sunday. Ben Crane won last year to protect his lead, but Brian Gay in 2009 was the only other third-round leader in the past decade to finish with the win.