Fail to prepare, prepare to fail 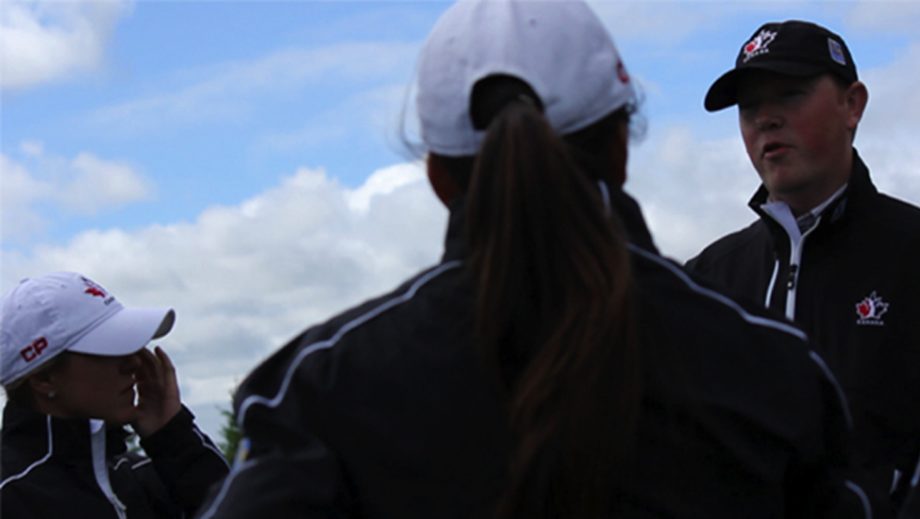 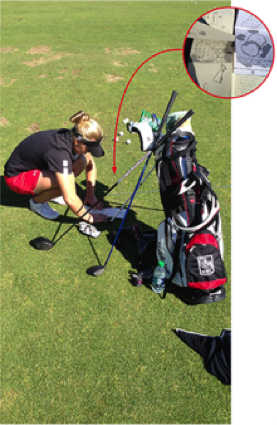 I recently spent a fantastic week in California culminating at the Kraft Nabisco Championship, the first major on the LPGA Tour season. I was there coaching Brooke Henderson, a 16-year-old member of Canada’s National Amateur Team, who finished in a tie for 26th. It was a very impressive performance but I can assure you there was a ton of preparation.

In the week leading up to the event we played several practice rounds. During those first few days we took notes, tried different shots and talked about how each hole may play differently from different tees or during changing weather conditions. We formulated a basic plan of A to B but with discussions about C and D. All of this practice was to be PREPARED for any possible situation during the event.

On the Wednesday the LPGA Tour hosted a pro-am, which meant we did not have access to play the golf course. We could, as many players do at their home course, have spent the day beating balls mindlessly at the driving range and counting down the hours but we didn’t. We used that time to gain more knowledge of the course by walking several holes and by watching other players. We also hit balls and spent time on the short game area. Every single shot practiced was with the tournament in mind and on the range we practiced by visualizing the golf course using our notes. You can prepare just like we did; it just takes a little imagination!

1. Consult your notes. If you don’t own a yardage book for your golf course either buy one or start creating your own. Write down carry distances rather than clubs selected as they will vary based on conditions on any given day.

2. Think of the hole you would like to play; imagine how wide the fairway would be and pick two targets that represent the

width of the fairway. Vary the angle and change up the width of the targets to best represent the shots you will actually need to hit.

3. Imagine you are on the golf course and execute the shot.

4. Depending on the result, continue playing the hole from where you think you may have landed. If you are under the trees, play a low shot or a chip out. If you are in the rough, plan your lay up to the green. You really are in control of how deeply you choose to visualize.

likely to encounter on the course but also give you an idea of how well you are playing before you ever get to the first tee.

Corey Conners, a Listowel Ont. native, made it all the way to the match play finals at the Men’s North & South Championship in Pinehurst, S.C. before losing to American Michael Cromie on Saturday. Fellow National Amateur member Chris Hemmerich of Kitchener, Ont. dropped out in the round of 16.
Leaderboard

Jaclyn Lee, 17, won the Alberta Amateur last Thursday over fellow Team Canada member, Jennifer Ha. Lee, a Calgary native, took home the trophy with a 3-stroke margin at 4-under par (68-71-73). She will look to ride that momentum into next week as she hopes to capture her second consecutive Alberta Junior Girls Championship.
Full story

Three men and three women of Team Canada’s National Amateur Team will be in play at the Investors Group Ontario Amateur Championship from Jul 8-11 at the Club at North Halton. The men are represented by Corey Conners (Listowel) Taylor Pendrith (Richmond Hill) and Chris Hemmerich (Kitchener). Brooke Henderson (Smiths Falls), Augusta James (Bath) and Brittany Marchand (Orangeville) will make up the women.

Team Canada will also be represented by two boys from the Development Squad, Carter Simon (Sutton) and Tony Gil (Vaughan). They are both coming out of the World Junior Championship in Japan, where they helped Canada finish in seventh overall.
Men’s Leaderboard
Women’s Leaderboard

Garrett Rank and Adam Svensson will be in Bluffton, S.C. for the week to play in the prestigious Players Amateur – play gets underway on Thursday. The event features some of the best amateurs in the world and boasts past champions such as Rickie Fowler, Dustin Johnson, Bill Haas, Matt Kuchar and other current PGA stars.
Learn more

Team Canada’s Tanguay duo – Anne-Catherine and Valérie – will tee-it-up at the NIVO Québec Women’s Amateur Championship from Jul 7-9. Anne-Catherine, a National Amateur Team member, hails from Québec City and Valérie of the Development Squad is based out of St-Hyacinthe.
Leaderboard

Calgary’s Jaclyn Lee and Sabrine Garrison will tee-it-up once more at the Alberta Junior Girls Championship at the Bearspaw Country Club from Jul 8-10. Both girls just finished competing in the Alberta Amateur one week earlier, with Lee taking home the title.
Leaderboard

Surrey, B.C.’s Taylor Kim of the Development Squad will join teammate Naomi Ko in the field at the B.C. Women’s Amateur from Jul 8-11 at the Kamloops Golf & Country Club.
Leaderboard