Faldo to make final appearance at British Open this year 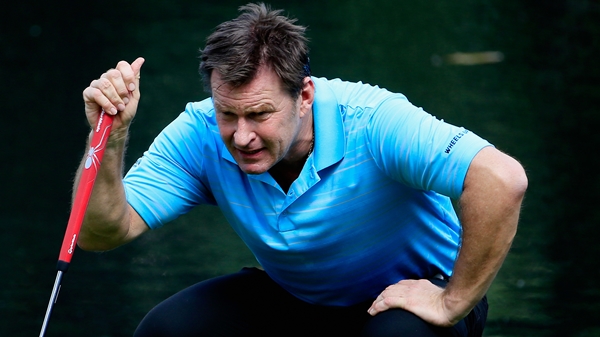 The English golfer, who will turn 58 during the tournament in July, will be celebrating the 25th anniversary of his second British Open title at the Old Course in 1990.

“The Open and St. Andrews will forever hold a significant place in my heart,” Faldo said. “My fondest moments on my journey with this great sport are woven with pictures and emotions in this setting. It all means a huge amount to me.”

Faldo also won the British Open at Muirfield in 1987 and 1992, in addition to three Masters titles at Augusta National.

Five-time champion Tom Watson will also be making his final appearance at the tournament.

This year’s British Open will also have a new grandstand area that seats nearly 10,000 spectators built around the first, 17th and 18th holes. That will take the total course seating to more than 21,000.

“There is always an incredible atmosphere at the Open and particularly when it is held in St. Andrews,” said Johnnie Cole-Hamilton, the tournament’s executive director. “We want to make sure as many spectators as possible can experience that unique atmosphere and enjoy wonderful views of the play on the opening and closing holes at St. Andrews.”