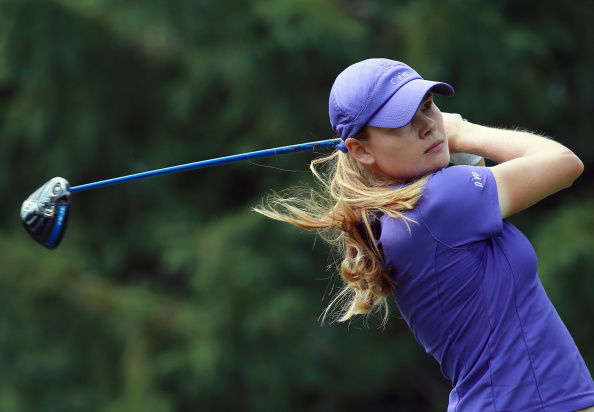 DAYTONA BEACH, Fla. – China’s Simin Feng shot a 3-under 69 on Saturday on the Hills Course to take a five-stroke lead into the final round of the LPGA Tour Qualifying Tournament.

The 20-year-old Feng shot had a 15-under 272 total at LPGA International. The top 20 finishers Sunday will earn full LPGA Tour cards, and Nos. 21-45 and ties will receive conditional status.

Cydney Clanton and South Korea’s Julie Yang were tied for second. Yang had a 71 on the Jones Course, and Clanton shot a 72 on the Hills Course.

Canada’s Maude-Aimee LeBlanc moved four spots up the leaderboard into a tie for 4th thanks to a 3-under 69 Saturday.

The top 20 at the end of Sunday’s fifth and final round earn full-time status on the tour. Five Canadians will take part in Sunday’s play after four missed the 72-hole cut after Saturday’s round.

Cheyenne Woods, Tiger Woods’ niece, had a 73 on the Jones Course to drop from a tie for 16th into a tie for 24th at 3 under.