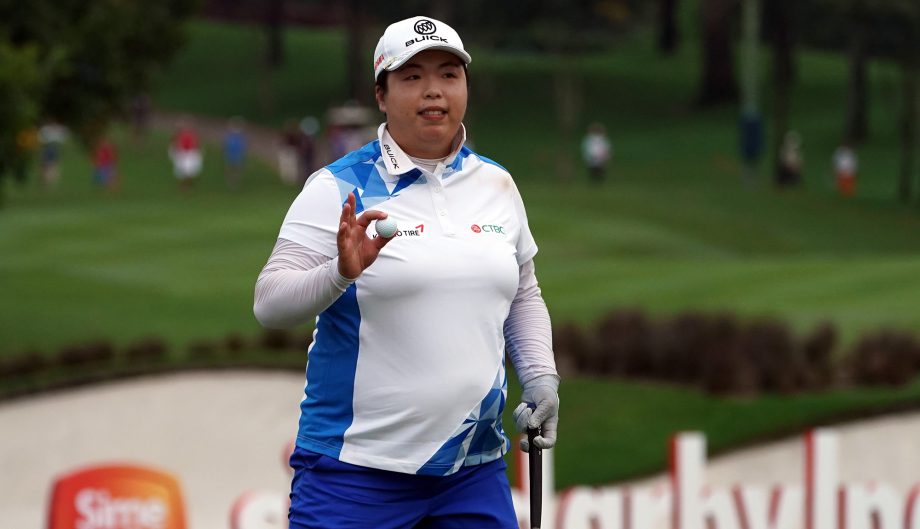 KUALA LUMPUR, Malaysia – Shanshan Feng had three birdies before a lengthy rain delay and three more after it, shooting a 6-under 65 Friday to take a one stroke lead after the second round of the Sime Darby.

Play was halted for close to four hours because of heavy rain at TPC Kuala Lumpur. But Feng, a two-time champion from China, managed to stay steady on both sides of the interruption to lead at 11-under 131.

“I didn’t have as many birdie chances as yesterday, but I think I actually made more putts,” Feng said. “So that actually made me happy, and I think 6 under is still a very good score here.”

Madelene Sagstorm (66) is in second place, followed by Cristie Kerr (63) at 133. Kerr’s round was the lowest of the day.

“I have an easy time starting to think too much, so it’s about finding the right position,” Sagstrom said. “It’s not the job on the course. I’m just trying to get back into what I know works, and I kind of got back in that rhythm afterwards.”

Canada’s Brooke Henderson posted a 2-under-par 69 to sit tied for 23rd midway through the championship.