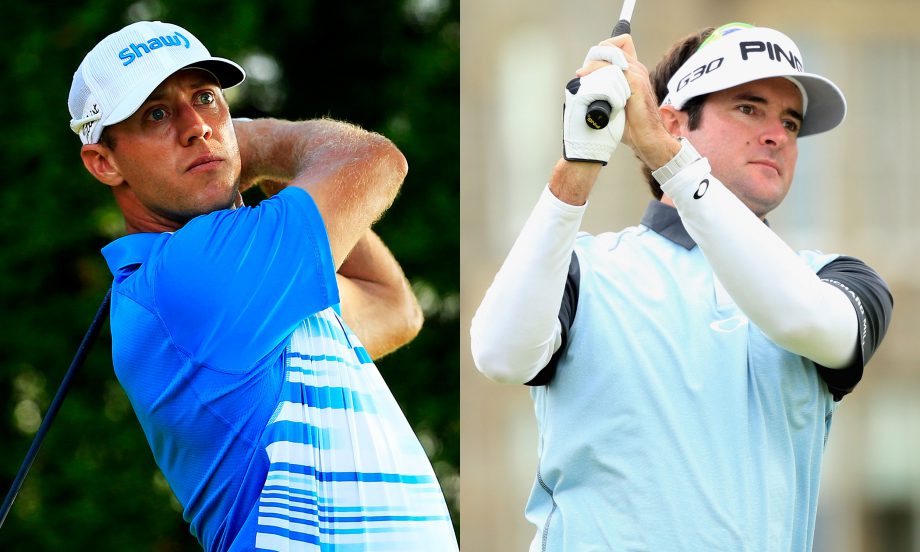 OAKVILLE, Ont. – Golf Canada and RBC are pleased to announce the final field of competitors vying for the US$5.8 million purse at the 2015 RBC Canadian Open, July 20-26 at Glen Abbey Golf Club.

In total, 156 players will compete for the US$5.8 million purse next week in Oakville when Canada’s National Open Championship returns to Glen Abbey for a record 27th time.

14 CANADIANS CURRENTLY SET TO COMPETE FOR THE NATIONAL TITLE

Leading the Canadian contingent will be World No. 80 Graham DeLaet of Weyburn, Sask., who recorded a fourth-place finish last month at the Travelers Championship, as well as, David Hearn of Brantford, Ont., who will look to build on a playoff runner-up finish at The Greenbrier Classic.

PGA TOUR rookies and Abbotsford, B.C., natives Adam Hadwin and Nick Taylor, along with Roger Sloan of Merritt, B.C., will also be in the field alongside Web.com Tour player Brad Fritsch of Manotick, Ont.

Connelly’s 2015 Pan Am Games Team Canada teammate Garrett Rank of Elmira, Ont., will be in the field after earning an exemption through his 2014 Canadian Men’s Mid-Amateur victory.

PGA of Canada professional Billy Walsh of Markham, Ont., earned his way into the 2015 RBC Canadian Open field as the No. 1-ranked player on the PGA of Canada Player Rankings presented by RBC.

Former Team Canada member Richard Jung of Toronto earned his exemption into the field by topping the 144-player field at the RBC Canadian Open Regional Qualifier in Ontario.

The Canadians in the field have their sights set on becoming the first Canadian to capture the national title since Pat Fletcher claimed victory in 1954.

Golf Canada also confirmed today that Canadian Golf Hall of Fame member Mike Weir of Brights Grove, Ont., has withdrawn from the event for personal reasons. Weir was slated to make his 25th appearance at the RBC Canadian Open.

“The field is nearly set and we’re ready to tee-up the 106th playing of Canada’s National Open Championship starting next week at Glen Abbey Golf Club,” said Tournament Director Brent McLaughlin. “We’ve got a tremendous mix of international stars and Canadian talents ready to compete and a family-friendly festival experience ready to welcome spectators of all ages to the 2015 RBC Canadian Open.”

In addition, the winner of the Toronto 2015 Pan Am Games Golf Competition will be granted an exemption into the RBC Canadian Open. The competition at Angus Glen Golf Club in Markham, Ont., began on July 16 and will conclude on July 19.

The top three players on the Mackenzie Tour-PGA Tour Canada Order of Merit following this week’s Staal Foundation Open presented by Tbaytel in Thunder Bay, Ont., will also earn exemptions into the field for the 2015 RBC Canadian Open.

The final four exemptions into the field for the 2015 RBC Canadian Open will be handed out at the Monday Final Qualifier on July 20 to be played at Heron Point Golf Links in Alberton, Ont.

Click here for the full list of competitors competing in the 2015 RBC Canadian Open at Glen Abbey Golf Club from July 20-26.