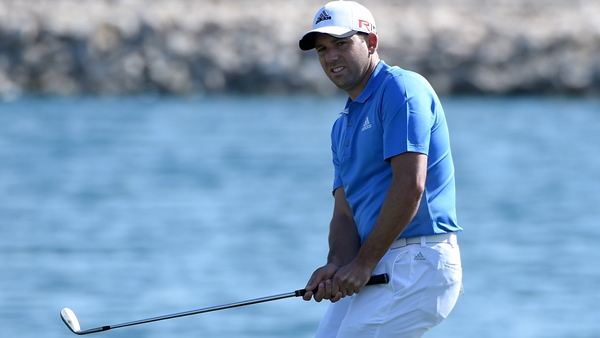 The European Tour has served up final-day turnarounds at the South African Open and the Abu Dhabi Championship to make for a compelling start to the 2015 season.

History suggests the tight finishes and drama will continue at the Qatar Masters starting Wednesday.

Spanish star Sergio Garcia has been at the center of dramatic finales in Doha over the past two years, losing out to Chris Wood’s 72nd-hole eagle in 2013 but returning in 2014 to win a playoff with Mikko Ilonen after shooting a closing 65.

Garcia is back for the second leg of the desert swing for his 2015 debut, meaning he is behind the likes of Justin Rose and Henrik Stenson – fellow members of the world’s top six who both got competitive action in Abu Dhabi last week and will also play in Qatar.

While Stenson missed the cut in Abu Dhabi, Rose recovered from a scrappy first 18 holes to post rounds of 69, 69 and 65 for a 12th-place finish and show he is finding his form after extended time off over Christmas.

“I’m here these two weeks to obviously compete as best I can but also to get a read of where my game is,” Rose told The Associated Press. “I felt I made rapid improvements as the week went on. I’ll be more competitive (in Qatar), for sure. I’m going there with a bit of confidence now.”

Rose plays on the PGA Tour but has chosen to play his opening events of the year on the European Tour to get some points stored up in the Race to Dubai.

The No. 5-ranked Englishman is looking for his first win since back-to-back victories last summer, at the Quicken Loans National and the Scottish Open.

Top-ranked Rory McIlroy is taking a week off ahead of the Dubai Desert Classic, as is U.S. Open champion Martin Kaymer, who blew a 10-shot lead during the final round in Abu Dhabi to lose to France’s Gary Stal. It’s been an early-year theme on the European Tour, with Andy Sullivan coming from seven shots back in the final round to win in South Africa the week before.

Stal arrives in Doha ranked a career-high No. 103 and still wondering how he managed to claw back the big deficit to Kaymer to claim his first title on the European Tour.

French golf is on the rise, with Victor Dubuisson a member of Europe’s Ryder Cup-winning team last year and Alexander Levy winning twice in 2014.

“It’s just one (player) pulling the other, basically,” Stal said of the French resurgence. “Hopefully, it will be more after me – or more for me.”

Stal is one of 14 Frenchmen in the field for the $2.5 million event.