Fisher has slim lead at Tshwane Open after 2 rounds 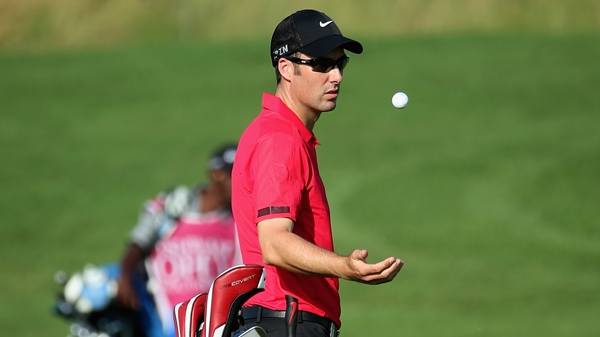 CENTURION, South Africa – Ross Fisher of England stormed home with an eagle-birdie-birdie-par finish to grab a one-shot lead in the Tshwane Open after the second round on Friday.

Fisher made five birdies and eagled the par-5 15th hole with a curling 40-footer at Copperleaf for a 7-under-par 65. He’s 13 under for the tournament, one stroke ahead of Morten Orum Madsen of Denmark, the South African Open winner who carded seven birdies in his own flawless 65.

Simon Dyson of England, the overnight leader in the clubhouse after the first round was suspended by a thunderstorm, shot 68 to lie in a tie for third at 11 under with Carlos del Moral of Spain (65).

Another stroke behind them on 10 under were the leading South Africans – Jake Roos (65), Darren Fichardt (68) and Trevor Fisher Jr (69) – and Michael Hoey of Northern Ireland, who reeled off a personal-best seven straight birdies from the 10th hole in a 65.