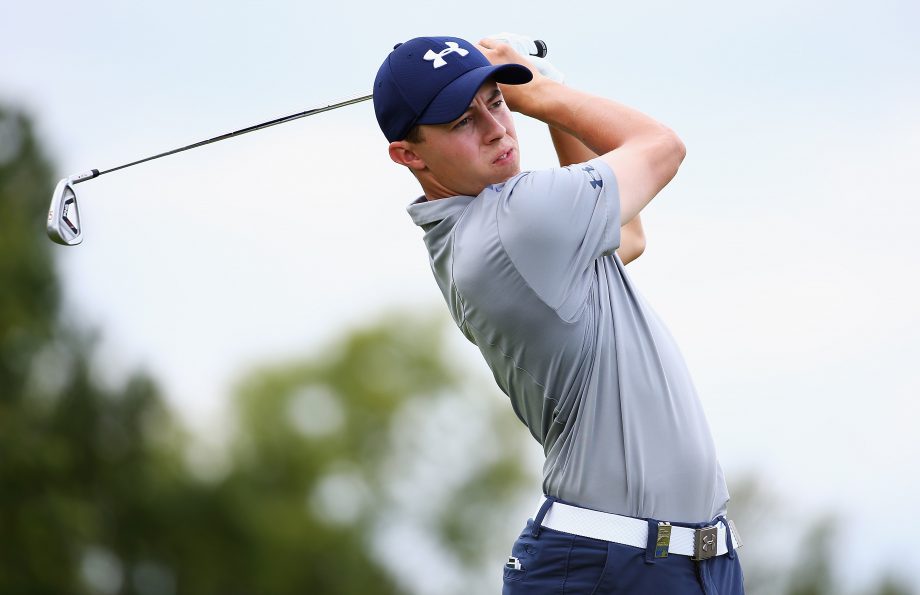 VYSOKY UJEZD, Czech Republic – Matthew Fitzpatrick and Pelle Edberg both shot a 5-under 67 on Friday to share the lead after the second round of the Czech Masters.

It was the second flawless round for the 20-year-old Fitzpatrick at the Albatross Golf course near Prague.

“It was very consistent today,” the Englishman said. “I played nicely and hit a lot of greens again which is always important to keep making pars and then take your chances when you have them. “

Fitzpatrick holed a 20-foot putt for eagle on the par-5 12th and finished his round with his third birdie of the day on the 18th for an 11-under total of 133.

“The putt on the 18th was a nice way to finish with a birdie, to pick up one more and move to the top,” he said.

The 36-year-old Edberg of Sweden had six birdies, including four on the front nine, and a bogey.

“Like yesterday I putted really well,” Edberg said. “I holed a lot of putts and it was good off the tee and had some nice irons, so it added up to a good score.”

Both Fitzpatrick and Edberg are seeking their first European Tour victory.

Thomas Pieters of Belgium was one shot back after carding a 68.

Fitzpatrick, Edberg and Pieters were all in a group of four to start the second round one stroke behind overnight leaders Eduardo De la Riva and Renato Paratore. De la Riva only managed a 76 to plummet down the leaderboard, while Paratore was tied for ninth after a 73.