Five memorable rulings at the Masters 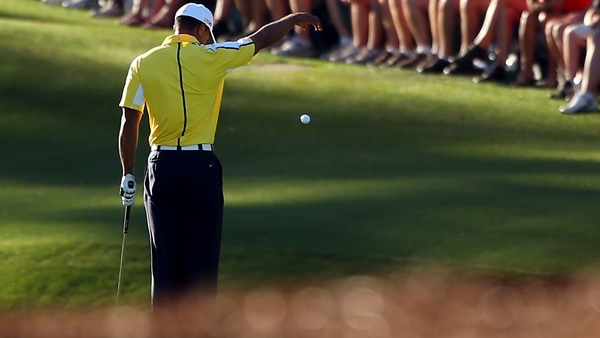 AUGUSTA, Ga. – Players come from all over the world to compete in the Masters, and so do rules officials.

And at times, they have their hands full.

From incorrect scorecards to free drops to wrong drops, the Rules of Golf can get as much attention as a yardage book.

Arnold Palmer refers to a “little solemn damper” when he looks back on the first of his four Masters victories. He was involved in a ruling on the 12th green that led him to play two chip shots under Rule 3-3 because he felt he was right. And the rules committee eventually sided with him.

Vijay Singh once summoned an official to the 12th green to complain about the size of the spike marks that belonged to Phil Mickelson in 2005, and while the officials deemed Mickelson’s 8-millimeter spikes within the rules, the two champions exchanged words in the Champions Locker Room that day.

Even though Tiger Woods is not at the Masters this year, the sequence of his improper drop under Rule 26-1, two-shot penalty, “incorrect scorecard” and Saturday tee time are sure to be discussed.

Here are five notable rulings at the Masters:

5. PILED FOR REMOVAL: Ernie Els was in the mix at the Masters in 2004 when he hooked his tee shot on the 11th hole in the third round deep into the woods. He appeared to have no shot with all the branches and debris around the ball.

He called for a ruling to seek relief, believing the debris from a storm had been piled for removal. Jon Brendle from the PGA Tour denied his request. The best option appeared to be for Els to declare it unplayable and return to the tee for his third shot. Instead, he asked for a second opinion. Will Nicholson, chair of the rules committee, was summoned.

He declared it “piled for removal,” and Els was given free relief. He got out of the woods and reduced the damage to a bogey. Els eventually finished one shot behind when Phil Mickelson made birdie on the last hole.

4. PRACTICE PUTTING: Dow Finsterwald had finished the eighth hole of the second round in the 1960 Masters when he set his ball on the green for a practice putt. Billy Casper told him practice putting was not allowed.

Finsterwald told Casper he had taken practice putts in the first round. An official showed him the back of the scorecard that listed local rules, one of them banning practice on or near the putting green of the hole last played.

The committee decided to apply a two-shot penalty to his score in the first round, turning a 69 into a 71. Instead of being tied with Arnold Palmer, he was two shots behind. Finsterwald finished third, two shots behind Palmer.

3. TIGER’S DROP: Tiger Woods was poised to take the lead in the second round of the 2013 Masters when his wedge took dead aim for the flag on the par-5 15th. It was too perfect, striking the flagstick and bouncing back into the water, a terrible break. Woods chose to drop behind his previous spot, telling reporters later that he purposely dropped 2 yards farther back to avoid hitting the pin. He salvaged bogey.

A former rules official, David Eger, was watching the live broadcast and thought it was incorrect. Woods was required to drop it as near as possible to the spot where he last played, which was one of his options under Rule 26-1. He alerted officials at the course and based on their initial reaction the rules committee, no one talked to Woods before he signed for a 71.

Once it was reviewed, Woods was assessed the two-shot penalty and had a 73. Augusta National said it was a committee error for not stopping him to talk about the drop before he signed his card. Woods tied for fourth.

2. PALMER’S CHIP: Arnold Palmer hit his tee shot behind the green at the par-3 12th hole in the final round of the 1958 Masters. He felt his ball was embedded and that he was entitled to free relief. The rules official, Arthur Lacey, declined.

Palmer argued the point and said he would play two balls – the original, and one after taking relief. He made double bogey with embedded ball, returned to the spot and made par with the second ball. Three holes later, officials approached Palmer and said he was entitled to relief and that the par would count.

He went on to win his first Masters by one shot over Doug Ford and Fred Hawkins.

Even this week, Palmer said there was a “little solemn damper” over the ruling because playing partner Ken Venturi protested the way it was carried out.

He took a one-shot lead over Bob Goalby with a birdie on the 17th hole, but then the Argentine made bogey on the final hole to fall into a tie and set up a playoff. One problem. Tommy Aaron, who was keeping De Vicenzo’s card, put him down for a 4 on the 17th hole. De Vicenzo signed the card, and that’s when the error was discovered.

Under Rule 6-6d, he had to accept the par 4 instead of the birdie 3. His 65 became a 66. He finished one shot behind. Goalby was the Masters champion.

That led to De Vicenzo uttering perhaps the most famous comment regarding a ruling. “What a stupid I am.”