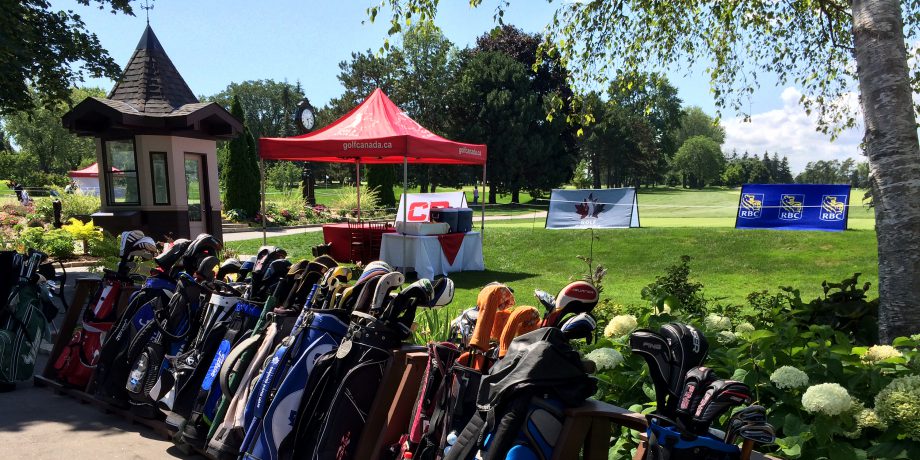 TORONTO – Francesco Ruffino shot a 6-under 66 at Weston Golf & Country Club in Toronto, Ont., to claim medalist honours at the final qualifying event for the 2015 edition of the Canadian Men’s Amateur Championship. Michael Boss, Jake McNulty, Charles Corner and Addison Coll captured the remaining four spots available through the qualifier to complete the field for the 111th playing of the world’s third-oldest amateur championship.

“I’m excited. I’m really looking forward to playing in it,” said Ruffino when asked about the opportunity to join the full field of 264 players in the national amateur competition. Ruffino carded an eagle and five birdies to lead the field of 119 competitors vying for a spot in the championship. With today’s victory, the Bloomfield Hills, Mich., native gained valuable experience and confidence for the tournament ahead.

“I think there are actually a couple of holes that I can play better, but I felt pretty well out there.  I didn’t play great, but I was able to be pretty smart with a lot of my shots,” said the 20-year-old. “I really tried to give myself a lot of birdie looks – a few of them dropped, a few of them didn’t. You can always ask for more, but I’m satisfied with a 66.”

The sophomore at the University of South Florida beamed about the course conditions and welcomes the chance to play them again next week.

“The fairways are pristine, they’re perfect,” said Ruffino. “The greens are great, they roll true. If you hit a good putt, you know it’s going to go in. The rough is long and if you don’t hit it in the right spot, you’re going to get penalized out here. It will be really exciting to see how the rest of the field does in the tournament.”

Michael Boss of Lewiston, N.Y., carded a bogey-free 67 to finish runner-up. Port Perry, Ont., product Jake McNulty notched six birdies en route to a round of 3-under 69. The trio of Charles Corner (Cayuga, Ont.), Addison Coll (Arlington, Va.) and Sam McNulty (Port Perry, Ont.) finished T4 after rounds of 70 and required an extra hole to decide the final two spots in the championship. Corner chipped-in for birdie on the par-4 No. 18 to secure his place while Coll made par to advance.

The winner will earn exemptions into the 2016 RBC Canadian Open at Glen Abbey Golf Club in Oakville, Ont., as well as, the 2015 U.S. Amateur Championship at Olympia Fields Country Club in Olympia Fields, Ill. The champion will also be eligible to receive an exemption into the U.S. Junior Amateur, the U.S. Mid-Amateur or the U.S. Senior Amateur, if applicable.

An inter-provincial championship will take place in conjunction with the first two rounds of the tournament with three-member teams competing for the Willingdon Cup. Additional information regarding the 2015 Canadian Men’s Amateur Championship is available here.

Full scorecards and additional details from the final qualifier can be found here.