Fleetwood returns to Masters, this time as a player 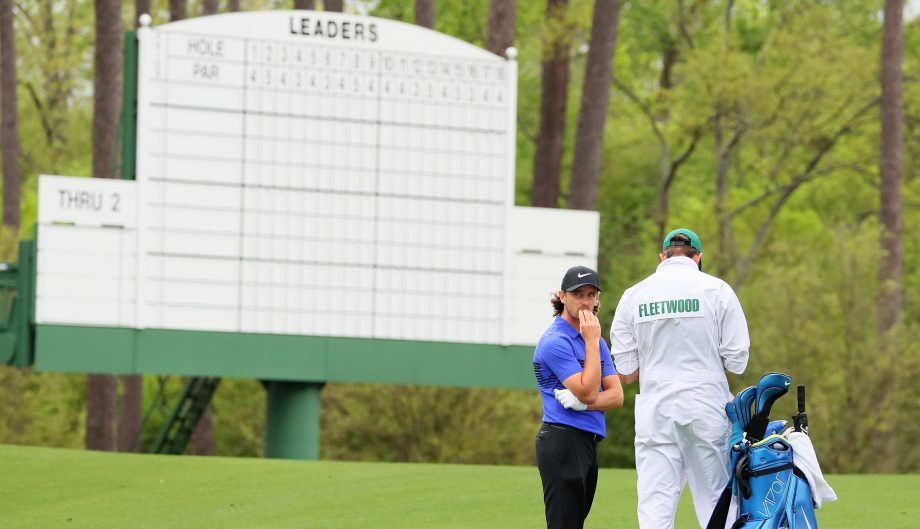 AUGUSTA, Ga. – Tommy Fleetwood is making his second appearance at the Masters, the first as a player.

Three years ago, Fleetwood came to the Masters as a spectator because he figured he would be in the field at Augusta National and it wouldn’t hurt to take in the entire experience of Masters week.

It just didn’t work out that way. The 26-year-old from England was No. 52 in the world deep into 2014 and signed up for the Dubai Open on the Asian Tour with hopes of cracking the top 50 in the world by the end of the year to get a Masters invitation. He missed the cut and finished the year at No. 51.

A wasted trip? Not really.

“I just wanted to see it,” he said. “I think whoever you speak to says it’s not just the golf course, but the surroundings, the club, everything takes a little bit of getting used to. Augusta, it’s in everybody’s mind and everybody’s dreams and it’s just that place that you know that you want to go to, so it’s a little bit surreal when you first go.”

If nothing else, he figured that trip in 2014 as a spectator would keep him from being in awe when he did make it as a player.

“It doesn’t quite work like that. When you get to the golf course, it’s still the same feelings,” Fleetwood said. “It doesn’t disappoint when you arrive, and you drive down Magnolia Lane.”

As a spectator, his favourite spot was Amen Corner. It’s one of the busiest places at Augusta National, but Fleetwood was struck by how tranquil it seemed to be on the 12th green, and particularly the 13th tee tucked away in the corner. There was only one way to find out, and he took care of that by qualifying.

Fleetwood was on the cusp of the top 50 when he was runner-up in the Mexico Championship, moving him up to No. 35 in the world and securing that Masters invitation. And going over the bridge to the 12th green, then up to the 13th tee, lived up to his expectations.

“Those were the two places when I watched I couldn’t get to and I was desperate to get there,” he said. “That’s what I was most excited about.”

Rickie Fowler was listed in a magazine survey of players (who didn’t have to give their names) as the most overrated player on the PGA Tour two years ago. He responded by winning The Players Championship in a finish so compelling that he made birdie on the island-green 17th hole at the TPC Sawgrass three times on the final day (twice in a playoff).

The topic came up again on Monday whether he has met expectations thus far in his career. Fowler described it as “under.”

But that doesn’t mean he’s been disappointed. The Honda Classic was his seventh victory worldwide, and while he hasn’t won a major, Fowler played in the final group at three majors in 2014. He also felt good about where his game is headed this year.

Fowler shot 80 in the first round at the Masters a year ago and missed the cut.

BEST LEFT UNSAID: Justin Thomas and Jordan Spieth have been friends since they were 14. The play pranks on each other (Spieth nearly had Thomas’ car towed in Phoenix) and the needle is sharp.

No matter the friendship, some topics are off-limits.

Thomas was asked if he can needle Spieth about the 12th hole last year at the Masters, where Spieth put two in the water for a quadruple bogey that cost him a second straight green jacket.

“No, that’s not really cool,” Thomas said. “That’s all I have to say about that.”

MASTERS TRADITION: PGA champion Jimmy Walker has his own tradition at the Masters.

“I try to get an egg salad sandwich in me as quick as possible,” he said. “I’ve already had two, and I was requested to bring some home for dinner tonight.”

Egg salad, along with pimento cheese, are among the more popular sandwiches at Augusta National.

More than a sandwich, the entire week is one to savour, Walker said.

“It’s a week I always try to slow down and enjoy it,” he said, “because it’s so cool to be here.”