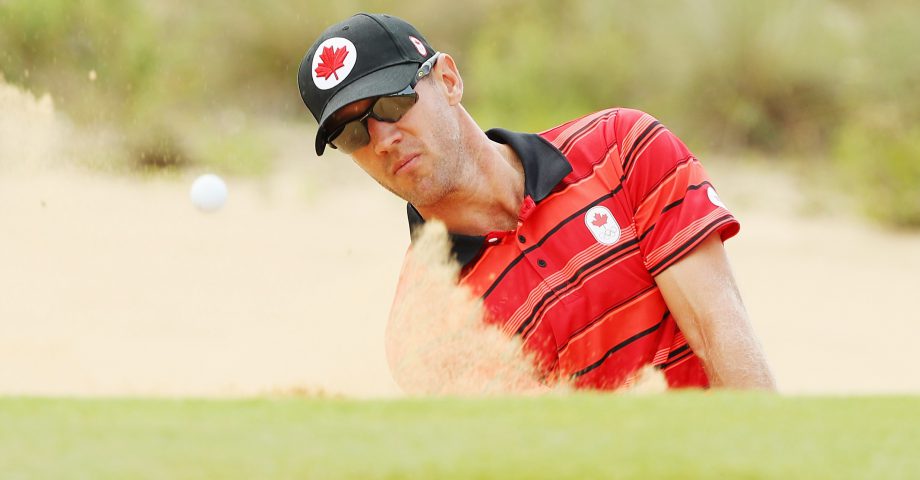 It wasn’t long before they were playfully arguing about how many strokes the PGA Tour player should gift Whitney when they played together.

“He always bitches and I bitch if he doesn’t give me enough,” Whitney said with a laugh. “So it’s a pretty competitive little group when we get going. It’s a lot of pissing and moaning on the first tee usually.”

Whitney will be a source of support along with a second set of eyes for the Canadian player as golf makes its return to the Olympic program for the first time since 1904.

“Obviously he’s a great athlete and he’s got a lot of experience, has won Stanley Cups and knows what it takes to win,” DeLaet said Tuesday. “I think I can lean on him for little bits of advice here and there even though it’s a different sport.

“He’s maybe the most competitive person that I’ve ever met and I play on the PGA Tour where every person is extremely competitive. He’s got no quit in him, that’s for sure.”

Whitney, a 44-year-old native of Fort Saskatchewan, Alta., played 1,330 career NHL games before retiring after the 2013-14 season. And for the record, DeLaet usually gives him a few strokes per round when they play.

“He’s scared me a couple times that he [might] beat me straight up but he never has,” DeLaet said. “He tied me once and thank God [he didn’t win] because I’d never hear the end of it. He’s a good player.

DeLaet said regular caddie Julien Trudeau declined to come to Rio due to concerns about the Zika virus. He’s confident that Whitney will do a great job over the four-round pinch-hit assignment.

“If I’m second-guessing a little bit, I’ll bring him in,” DeLaet said. “He’s a plus handicap so he knows how to read greens and stuff too.”

DeLaet, from Weyburn, Sask., and David Hearn of Brantford, Ont., will open play Thursday at the Olympic Golf Course. Brooke Henderson of Smiths Falls, Ont., and Alena Sharp of Hamilton will be in the field for the Aug. 17-20 women’s event.

DeLaet, who played nine practice holes at the Olympic Golf Course on Tuesday, said the fairways were playing soft but the layout could become difficult in the wind. It’s a wide course with plenty of slope and steep bunkers.

The 34-year-old Canadian took over a month off earlier this season to deal with some anxiety issues — so-called ‘yips’ while chipping around the green, to be specific — before returning in early July.

He picked up a top-10 finish last month at the Barbasol Championship before missing the cut at the recent RBC Canadian Open. Overall he’s feeling good about his game.

“It’s actually getting much better,” he said. “The nice thing out here is if I feel any nerves or anything, you can pretty much putt from anywhere. So that’s almost like a safety blanket type of thing. You’re going to see guys putting from 20 feet, 30 feet off the green who can chip really well.

Whitney said he’ll be fired up when DeLaet makes birdies and will try to give him a lift if he gets frustrated.

“It’s no different than when I played with Eric Staal in Carolina and he was going through a little slump,” he said. “I was like, ‘C’mon Big E. Let’s get ‘er going. One tap-in makes it all go away.’ It’s that kind of thing.

“Athletes don’t need more crap piled on them when there is enough there that they put on themselves.”