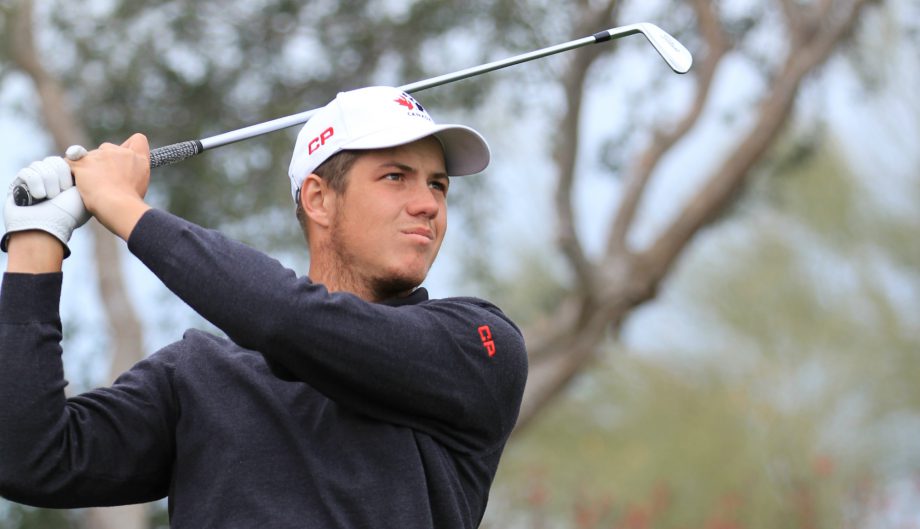 Three more Canadians advanced through the first stage of Web.com Tour Qualifying School on Friday at various locations across the United States, bringing the total to 11.

Team Canada Amateur Squad member Hugo Bernard fired a tournament-low 63 (-9) at the Dayton Valley Golf Club in Dayton, Nev., to finish the event tied for seventh. Bernard, a Mont-Saint-Hilaire, Que., product, was one of 22 to advance in Nevada.

There are now 11 Canadians who have advanced to the second stage of qualifying:

The second stage of qualifying will run from Oct. 31 – Nov. 10 at various locations across the United States. The third and final stage will commence from Dec. 7-10 in Chandler, Ariz.