Four-way tie atop leaderboard heading into finale at TPC Toronto 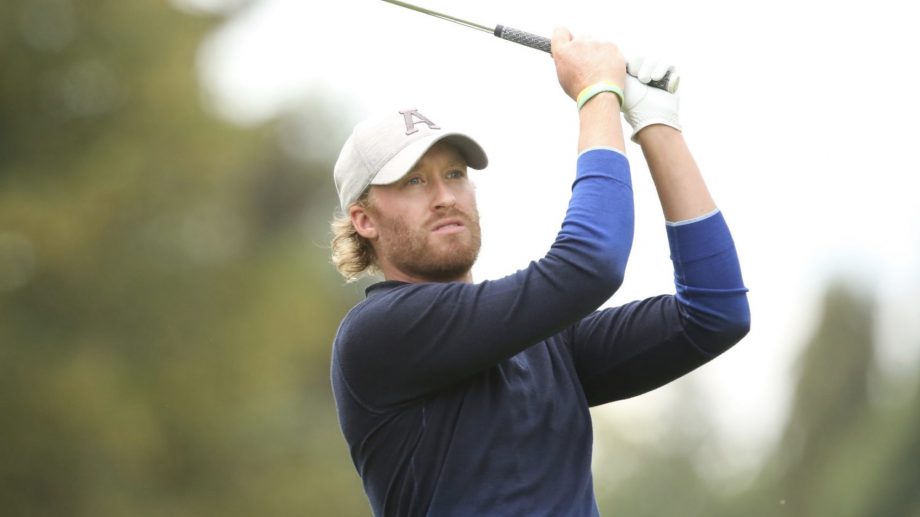 CALEDON, Ontario—Four players—Andrew J. Funk, Brendan Leonard, Canada Life Series Points Standings leader Yi Cao and Albert Pistorius—are jammed at the top of the leaderboard with one round left in the Canada Life Series tournament at TPC Toronto at Osprey Valley’s Heathlands Course. Lest you think the winner will come from that group, a bevy of other players are within shouting distance and will have plenty to say who lifts the trophy Friday afternoon.

Amateur Garrett Rank is only a stroke back, while the trio of Aaron Crawford, David Byrne and JJ Regan are two behind. Friday is shaping up as a battle as the Series completes its third of four tournaments.

Leonard wasn’t doing much with his round when he got things revved up.

He's one off the lead heading into the final round at the #CanadaLifeSeries. pic.twitter.com/2ocq6Y7jeu

“I made a nice eagle on No. 1. I had 217 (yards) to the pin and hit 5-iron, and I was right on it,” Leonard said of his quick start to his back nine that gave a jolt to his day. “I was 1-over going into that, so it flipped pretty quickly once I eagled there, and I hit it pretty close on the next.” Leonard followed that 3-under streak with another birdie at his 15th hole before closing with a disappointing bogey at the par-5 ninth, his 18th hole that, in retrospect, would have given him the outright lead. There’s nothing to hang his head about, though. The par-5 played .231 strokes over par Thursday as wind continued to wreak havoc on players’ strategy.

“It’s just staying patient, and that’s all I did out there,” Leonard added.

Cao, winner of the previous event at Bear Mountain and the first-round leader, found the going a bit more treacherous during his second tour of the Heathlands Course. Cao could never get out of neutral, playing the front nine in 1-under and the back nine in 1-over, with consecutive bogeys at Nos. 13 and 14 before he parred out. Like every other player, the British Columbia resident who is a native of China, battled the wind.

“I think the most-important thing about the wind out here is just how wide open it is, especially on the greens. The tee shots don’t bother me as much, but it makes the greens pretty tough to read. I was struggling a little bit on the greens.”

Even tied for the lead, Cao smiled at the prospect of going for two wins in a row.

“I just love playing out here, and I love the position that I’m in [Friday],” he added.

Rank is also more than satisfied with his position with 18 holes to play. “I got off to a nice start. The wind was kind of down for the first five or six holes. I hit some nice shots and made some nice putts,” Rank explained. “I didn’t finish as strong as I would have liked, but I’m in a good spot.”