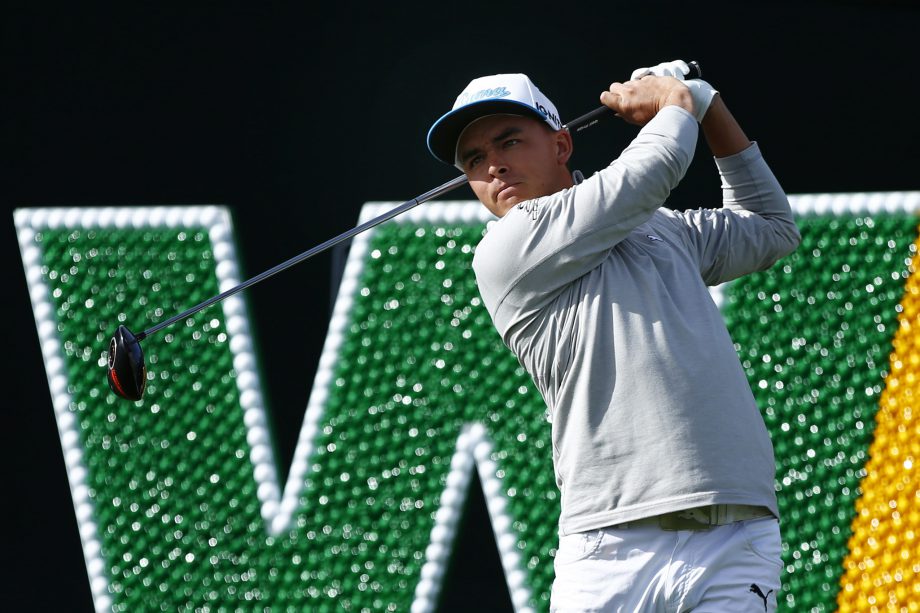 SCOTTSDALE, Ariz. – Rickie Fowler overcame some bad shots for a share of the lead Thursday in the Waste Management Phoenix Open. Phil Mickelson compounded his mistakes and fell back.

After an hour-long frost delay at chilly TPC Scottsdale, Fowler played the first six holes in 5 under. A group behind, Mickelson took the lead at 5 under with a birdie on his eighth hole.

While Fowler finished with a 6-under 65 to tie Shane Lowry and Hideki Matsuyama for the lead in the suspended first round, Mickelson had a 69 after dropping four strokes in a two-hole stretch.

“I made some good putts to start,” Fowler said. “Just kind of got everything going. Made a couple of bad swings. Cost me a little bit, but other than that, nice way to get off to a good start.”

Mickelson bogeyed the par-3 fourth after hitting short and right and failing to reach the green with his second, and unraveled with a triple bogey on the par-4 fifth. He drove out of bounds to the right, hit his second tee shot into the right bunker and three-putted from 50 feet.

“I hit a bad shot at the wrong time,” Mickelson said. “It’s the tightest hole out there. You miss the fairway 5 yards left, you’re in the wash, in the hazard. You miss it right of the bunker, you’re out of bounds. … I’m not going to dwell on the one bad one because there were really a lot of good ones.”

Winless in 48 events since the 2013 British Open, the 45-year-old former Arizona State player is working with swing coach Andrew Getson after splitting with Butch Harmon. Lefty tied for third two weeks ago at La Quinta in his season debut and missed the cut last week at Torrey Pines.

“When you don’t score as low as you feel like you’re playing, it can be frustrating, but for me, I find it to be more encouraging that I’m making a lot of birdies,” said Mickelson, the tournament winner in 1996, 2005 and 2013.

Fowler also missed the cut at Torrey Pines after winning the European Tour event in Abu Dhabi the previous week. He has four worldwide victories in the last nine months.

“I know I have been swinging well and playing well,” Fowler said. “I just didn’t make anything last week.”

The top-ranked player in the field at No. 4, Fowler bogeyed the par-3 16th after drawing an awkward lie in the right bunker. He birdied the short par-4 17th, and bogeyed the par-4 18th after driving left into the water. On his back nine, he got up-and-down for birdie from a greenside bunker on the par-5 third and closed with a 12-foot birdie putt on the par-4 ninth.

Lowry birdied seven of his first 13 holes, then bogeyed the next two.

“I got to 7 under and just became a little bit tense there,” the Irishman said. “That’s something that I need to work on. … It’s a bad mistake if you don’t learn from it.”

Matsuyama was in one of the last groups to finish before play was stopped because of darkness.

India’s Anirban Lahiri was a stroke back at 66, and Bryce Molder also was 5 under with two holes left. He was one of 33 players who failed to finish.

Bubba Watson opened with a 69, finishing in fading light a day after saying he doesn’t like the renovated course and is only playing the tournament out of loyalty to his sponsors. The two-time Masters champion tied for second the last two seasons.

Graham DeLeat leads the Canadians in the field. The Weyburn, Sask., native is 1-over after a 72, which included a near ace at the infamous par-3 16th.